Sonia Gandhi writes to SPG chief, expresses gratitude for looking after Gandhi family with such dedication

The letter from the interim Congress chief comes a day after the Narendra Modi-led government decided to withdraw the SPG cover given to Sonia and her children. 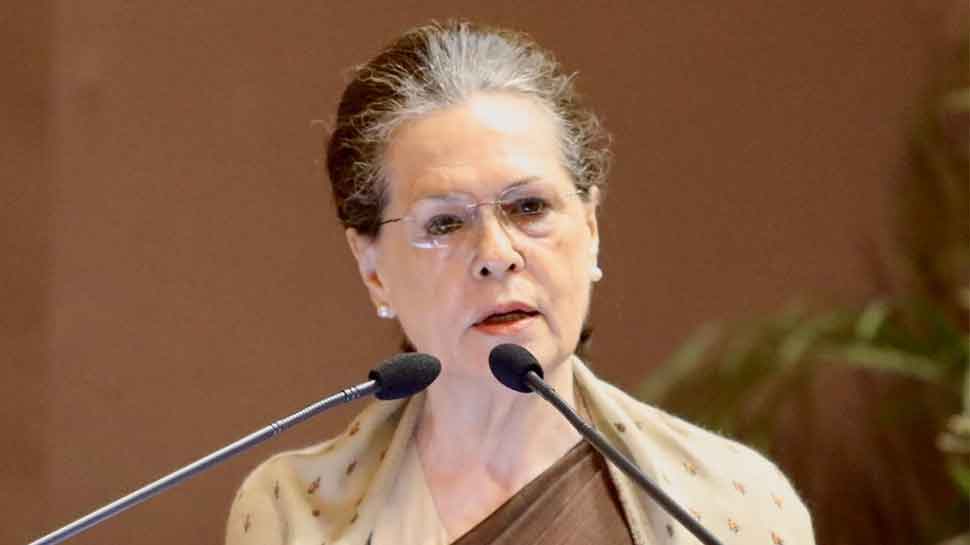 New Delhi: Congress interim President Sonia Gandhi on Saturday wrote to Special Protection Group Chief Arun Sinha on behalf of the Gandhi family and expressed her gratitude for the sincerity and dedication to the duty the security service showed all these years.

"On behalf of the whole family, would like to express our deep appreciation and gratitude to the SPG for looking after our security and wellbeing with such dedication, discretion, and personal care," Sonia wrote.

The letter from the interim Congress chief comes a day after the Narendra Modi-led government decided to withdraw the SPG cover given to Sonia and her children - Rahul and Priyanka Gandhi Vadra.

The Gandhis have now been provided 'Z plus' security provided by the Central Reserve Police Force (CRPF). The SPG security will be withdrawn from their New Delhi residences after the CRPF takes over the responsibility.

The Gandhi family has been enjoying the SPG cover since the assassination of former Prime Minister Rajiv Gandhi on May 21, 1991.

According to the government officials, the decision to withdraw SPG security, the country's highest grade of protection, was taken after a review involving the Cabinet Secretariat and the Ministry of Home Affairs with inputs from various intelligence agencies.

In the wake of the latest decision, the top security cover will now be given only to the Prime Minister. The 'Z plus' security means the Gandhis will be guarded by around 100 CRPF personnel.

According to procedures laid down by the SPG Act, 1988, the Gandhis' SPG security cover was renewed annually after a review of threats faced by them.

The SPG was set up in 1985 after the assassination of Prime Minister Indira Gandhi on October 31, 1984. In August, the Centre had also withdrawn SPG protection given to former Prime Minister Manmohan Singh and his wife Gursharan Kaur and they were accorded 'Z plus' security of CRPF.