Soon, double-decker buses that can fly, airboat from Australia that can land in water, says Nitin Gadkari

He said that these double-decker air buses will solve the traffic problems and are much cheaper than Metro. 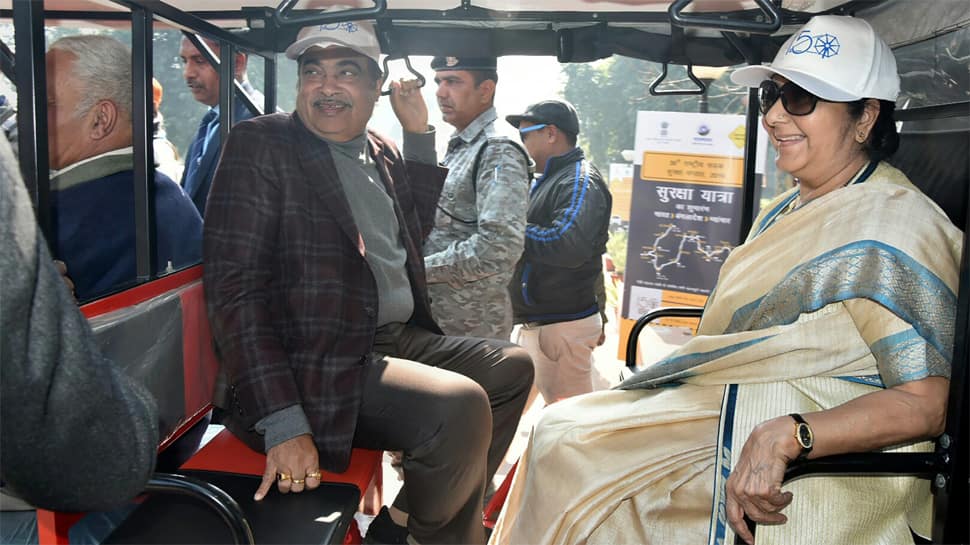 Faizabad: Union minister Nitin Gadkari said on Friday that waterways would be developed in the Saryu river that would facilitate smooth travel to Bangladesh via Varanasi.

The Union Minister for Road Transport and Highways, Shipping and Water Resources, River Development and Ganga Rejuvenation laid the foundations of several projects worth Rs 7,195 crore, including the construction of 632 kilometres of national highway in eastern Uttar Pradesh.

"I am bringing an airboat from Australia that can land in water. Next time when I will come I will come in airboat. This airboat will operate from Varanasi to Allahabad. We also have plans to operate double-decker buses that can fly," he said.

Addressing Uttar Pradesh Deputy Chief Minister Keshav Prasad Maurya, who was present on the dais, Gadkari said, "Maurya-ji you also start such air buses in Uttar Pradesh. It will solve your problem of traffic jam and this double-decker air buses are much cheaper than Metro."

The minister also said river ports are also being developed that will help in smooth movement of goods to Myanmar and Bangladesh.

He claimed the department of River Development and Ganga Conservation has cleaned 30 per cent of the Ganga river and announced that by next March, the river will be 100 per cent clean and one can drink water from the river directly.