Mulayam Yadav's comment left opposition members squirming at a time when his son Akhilesh Yadav has joined hands with arch rival Mayawati of the Bahujan Samaj Party (BSP) to challenge the BJP. 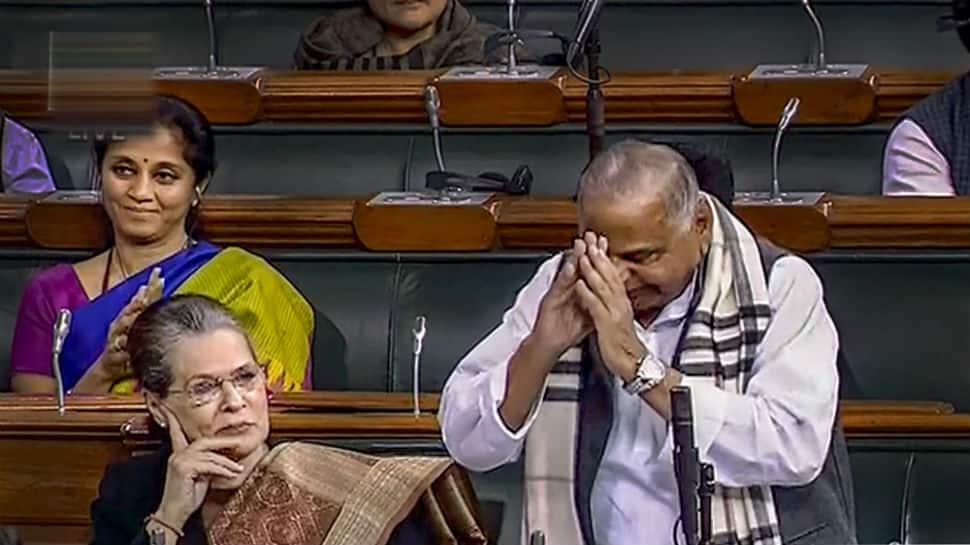 Lucknow: Samajwadi Party leaders were tight-lipped over its founder Mulayam Singh Yadav's statement in the Lok Sabha Wednesday that he wished to see Narendra Modi back as prime minister.

"I wish that all members come back to the House," Yadav said during the last sitting of the 16th Lok Sabha. And pointing to Modi, Mulayam said he wishes that the BJP leader comes back as the prime minister, remarks that drew applause from the treasury benches.

While the statement left SP leaders tight-lipped, asked to react, a senior Congress leader told PTI that the statement will benefit his party. "I have not seen what statement he has made. I have no clue," said senior SP spokesperson Rajendra Chaudhary.

He was asked by PTI to comment on the SP patriarch's remark which created a flutter in the Lok Sabha.

Mulayam Yadav's comment left opposition members squirming at a time when his son Akhilesh Yadav has joined hands with arch rival Mayawati of the Bahujan Samaj Party (BSP) to challenge the BJP in the politically crucial state of Uttar Pradesh in the upcoming Lok Sabha polls.

When contacted, other SP leaders here too feigned ignorance and said they were too junior to make any comment.

There was no word till late evening from Akhilesh Yadav on the statement.

"I do not know in which circumstances he (Mulayam) gave the statement. But, if any party stands to gain politically from the statement, it is certainly going to be the Congress," Tiwari told PTI at the UPCC headquarters here.

He said, "By his (Mulayam's) comments, his votes are not going to Modi and it is likely that the votes will drift away from SP-BSP alliance."
UP accounts for 80 of the 545 Lok Sabha seats.