The trains have reserved as well as unreserved compartments and will travel to Shalimar in Kolkata. 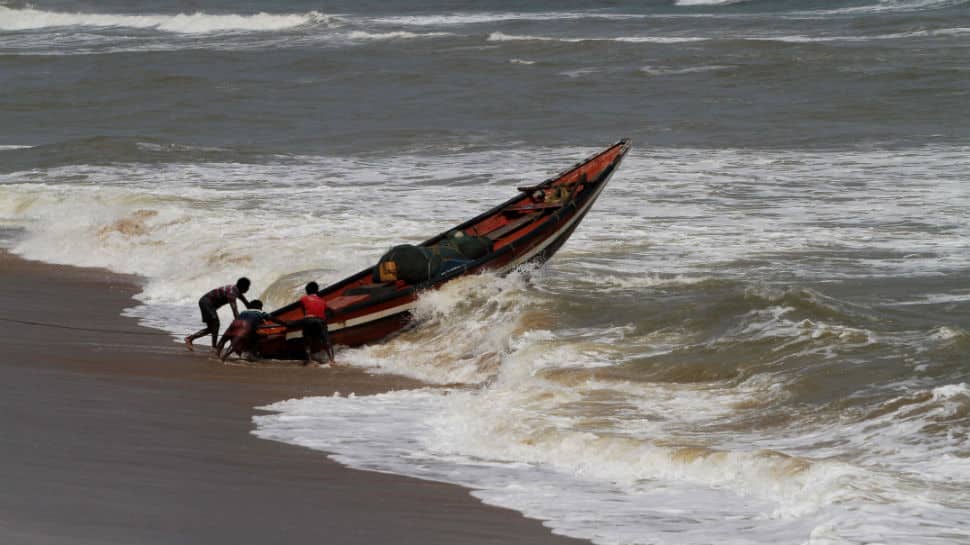 Fishermen return to anchor their boat after they were advised not to venture into the sea in view of the cyclonic storm at Puri beach. (ANI)
Share:
Written By:

Three special passenger trains have been arranged from Puri to Shalimar in Kolkata in the wake of Cyclone Fani closing in on the Odisha coastline.

The first train will start from Puri at noon on Thursday and will make stops in Khurda, Bhubaneswar, Cuttack, Jajapur, Kendujhar, Bhadarak, Baleswar and Kharagpur en route Shalimar. The train is scheduled to reach Bhubaneswar at around 1330hrs.

The second special train will start from Puri at 3pm for Howrah while the third train run on the same route starting 6pm.

The trains have reserved as well as unreserved compartments and have been specially deputed to ensure that tourists and locals wishing to leave Puri can reach safer locations.

Cyclone Fani has been making a beeline for the Odisha coastline and was some 500 kilometres from Puri in the wee hours of Thursday. It is expected to hit the state's coastline by Friday afternoon with heavy to very heavy rainfall predicted in several coastal districts. Wind speeds too could reach up to 200kmph by Friday evening.

An orange alert has been issued in Odisha, West Bengal and Andhra Pradesh while NDRF teams have begun preparations to deal with the cyclonic conditions here.

Coastal districts of West Bengal and Andhra Pradesh too have been warned to take precautionary measures as the sea all along the coast of these three states is likely to remain rough for the next two to three days.

The Indian Navy and Indian Coast Guard have stepped up efforts to ensure safety at sea with its ships being equipped with additional relief materials. The Navy has also kept two aircraft on standby.

The National Disaster Response Force (NDRF) and state disaster response teams are also working overtime to ensure that proper measures are in place in districts most likely to bear the brunt of Cyclone Fani. Meanwhile, news agency PTI reported that state-owned Oil and Natural Gas Corp (ONGC) has evacuated 480 of its employees from rigs operating in the Bay of Bengal. ONGC has also moved at least four rigs to safer waters away from the path of severe cyclonic storm Fani.