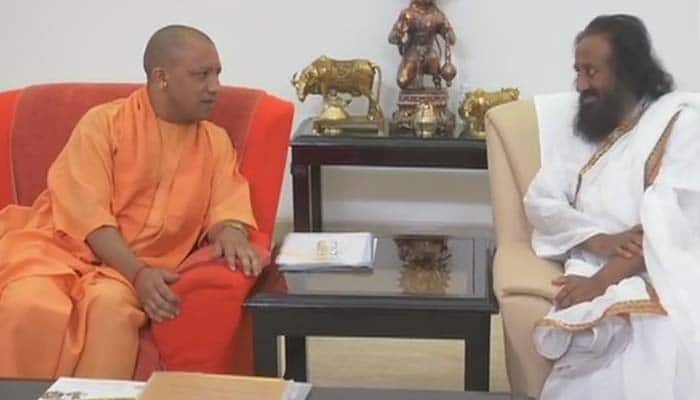 LUCKNOW: As the date for final hearing in the Supreme Court approaches, Sri Sri Ravi Shankar's offer to mediate Babri Masjid-Ram Temple dispute has intensified. The Art of Living founder met the UP Chief Minister Yogi Adityanath on Wednesday morning as part of ‘mediation mission’.

The top court is expected to hear the Ayodhya dispute case on December 5.

The two met at the UP CM's residence in Lucknow.

Clarifying his stance on the issue, the spiritual guru on Monday said that he has no personal agenda and simply wants to solve it peacefully keeping in mind every party.

"Ayodhya has given Diwali to the world, but Diwali disappeared from Ayodhya...Hence, our entire government came to Ayodhya to celebrate Diwali..We have already laid foundation stones of projects in Ayodhya worth Rs 137 crores, and more will be brought, once the elections are over. Ayodhya will get an international recognition," the Chief Minister said on Tuesday at a public rally.

"This is not for the first time that Sri Sri has taken this initiative. In 2001, he made attempts but failed. The reaction to his efforts was the same as today. Somebody is calling him an agent of (Prime Minister Narendra) Modi while another is dubbing him a VHP agent. In fact, he is being insulted," VHP Joint General Secretary Surendra Jain told IANS.

"A way out cannot be found through talks. We doubt his (Sri Sri`s) efforts will succeed," he added.

The Muslim Personal Law Board has also rejected the Sri Sri Ravi Shankar's offer to mediate on the issue.

Modi did a Tughlaq with demonetisation: Yashwant Sinha’s latest attack