Stalker sets woman on fire in Andhra Pradesh's Vijayawada, she pulls him in; both dead

A woman was set on fire by a man from Andhra Pradesh's Vijayawada for rejecting his advances. The police said that the incident took place while the girl was returning home after work on Monday night. 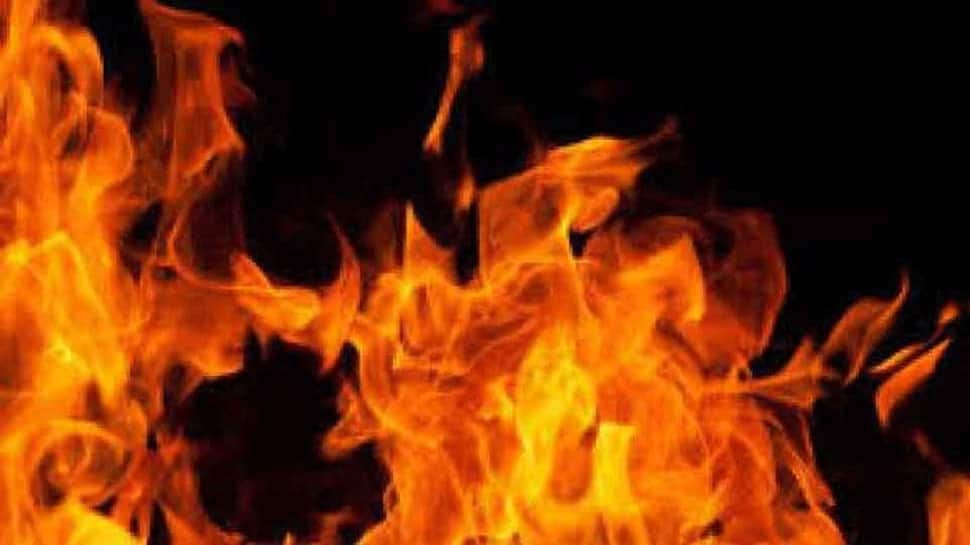 Vijayawada: A woman was set on fire by a man from Andhra Pradesh's Vijayawada for rejecting his advances. The police said that the incident took place while the girl was returning home after work on Monday night.

According to the police, the stalker had come prepared with a petrol can. He accosted her and when she refused to talk to him. He set her on fire.

"Nagabhushanam (accused) was hiding nearby. He tried to talk to her, but she refused. There was an argument between them. Following that, he took out petrol from a can he had brought, poured it on her and set her ablaze," Sub-Inspector of Governorpet Police Station Durgadevi told ANI.

The girl caught hold of her attacker and pulled him towards herself causing grevious injuries to him as well. The girl died of the spot while the man succumbed later at government hospital in Guntur.

The girl, 24, was from Vissannapeta village and was working as a nurse in a COVID-19 care centre in Vijayawada. She was living in a room along with a few friends.

According to the police, the boy has been stalking her for some time. The girl had complained against him last week at Governorpet Police Station. However, she withdrew it later as he promised he would not harm her anymore.