States fail to utilise Nirbhaya Fund even after 7 years of Delhi gangrape-murder case, but clamour for stricter laws

Nirbyaha Fund was established in 2013 by the Centre to ensure better implementation of initiatives aimed at enhancing the safety and security but little seems to have changed on the ground and a majority of states have been extremely reluctant in spending the amount disbursed under Nirbhaya Fund.

The brutal gangrape and murder of a veterinary doctor in Hyderabad has sparked massive protests across the country with protesters and lawmakers demanding stricter laws, death penalty and even public lynching of the four accused involved in the heinous crime. It was almost seven years ago that Nirbhaya, a Delhi student, was gang raped and murdered by a group of six sexual deviants which resulted in massive changes in the laws following country-western protests.

Nirbyaha Fund was established in 2013 by the Centre to ensure better implementation of initiatives aimed at enhancing the safety and security of women across India. But little seems to have changed on the ground and a majority of states have been extremely reluctant in spending the amount disbursed under Nirbhaya Fund.

The data released by Centre showed that some states, including Maharashtra, Manipur, Meghalaya, Sikkim, Tripura and Daman and Diu have failed to utilise even a single penny of Nirbhaya Fund so far. Most of the states have failed to make use of even 50 percent of the fund allocated by the Centre under Nirbhaya Fund.

The data was presented in Lok Sabha by Union Minister of Child and Women Development Smriti Irani on November 29. The Union Minister tabled the data in reply to the questions raised by Lok Sabha MPs Mala Roy, Dr Kalanidhi Veeraswamy, A Raja, Adhir Ranjan Chowdhury, Vincent Pala and Ramalingam S. The MPs had asked Union Minister Irani to table details of the funds sanctioned, allocated and utilized under Nirbhaya Scheme by different state and Union Territories. 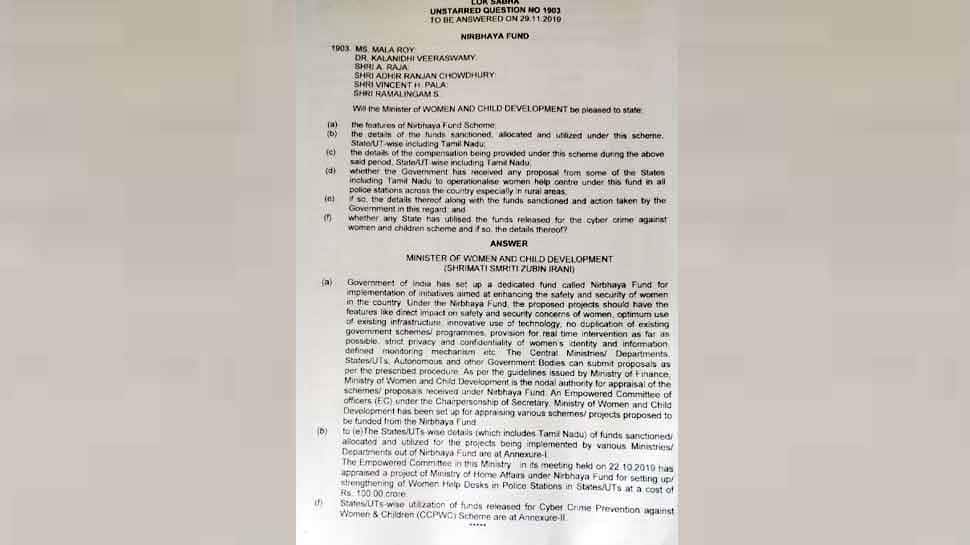 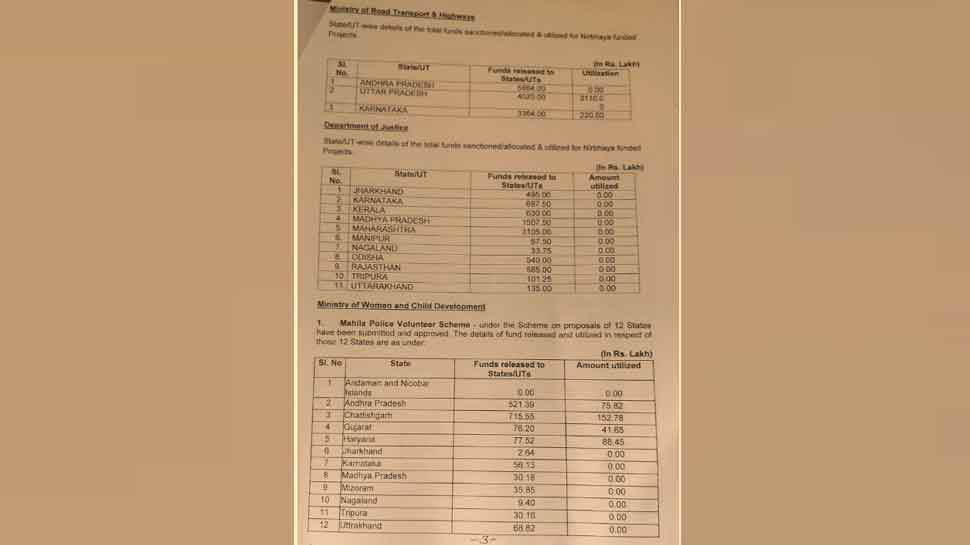 Gujarat is also lagging behind when it comes to utilisation of Nirbhaya Fund as the total money spent by the state is only Rs 1.18 crore while the allocation by Centre is Rs 70.04 crore. In Madhya Pradesh, only Rs 6.39 out of Rs 43.16 crore allocated by Centre has been used so far. Tamil Nadu is also far behind in making use of Nirbhaya Fund for the safety and security of women as the state has made use of only Rs 6.39 crore out of total Rs 43.16 crore allocated. West Bengal was allocated Rs 75.60 crore by the Centre under Nirbhaya Fund but the amount used has been a meagre Rs 3.92 crore. 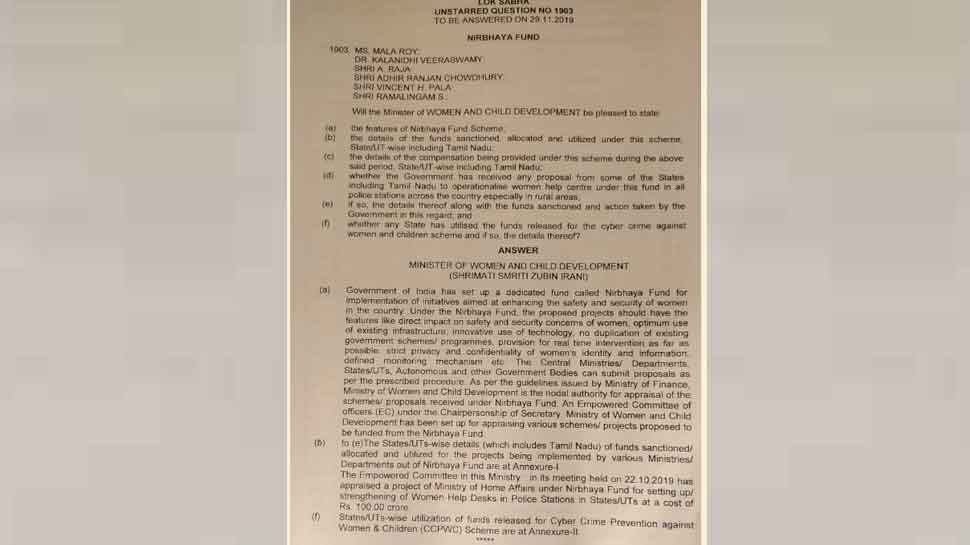 While demand for more laws are raised every time such a crime is reported, the lacklustre response to utilise Nirbhaya Fund for the safety of women sends a message that the state governments are not serious in bringing change in the lives of women.