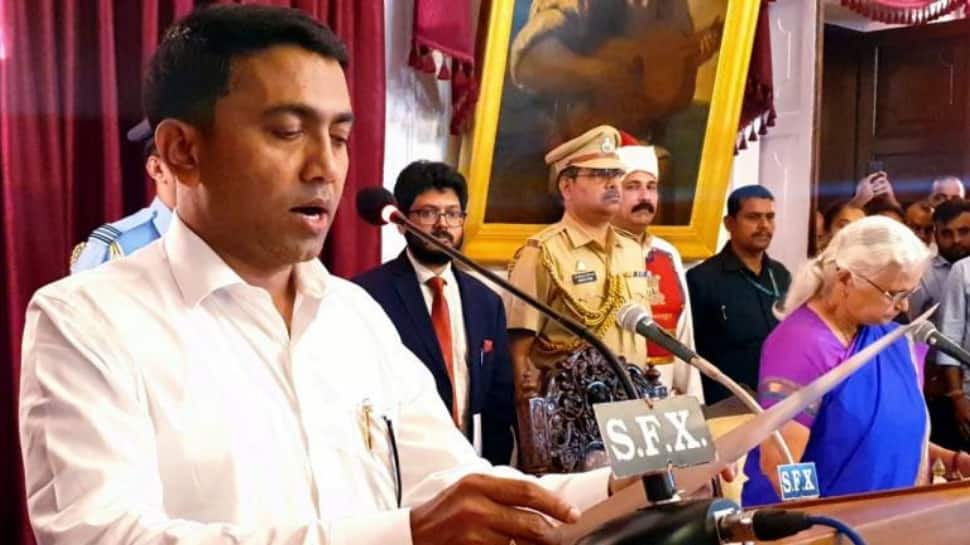 Goa CM Sawant, however, said that Sudin Dhavalikar has been dropped from the cabinet because of anti-government activity.

"Dhavlikar has been dropped from the ministry. He was doing anti (government) activity. We are in an alliance government, but his brother Deepak Dhavalikar is contesting in Shiroda (assembly bypoll). Again and again we had requested him, but he is not ready to (withdraw) so we took the decision," Sawant was quoted as saying by IANS.

The MGP had three MLAs in Goa Assembly and Dhavalikar is the only MGP MLA who decided not to join the BJP. He termed the development which unfolded at the wee hours of Wednesday as "dacoity by chowkidars".

"I have dropped Sudin Dhavalikar from the cabinet. The decision on filling up the vacant seat will be taken very soon," Sawant told PTI.

"The Governor is pleased to accept the recommendation of chief minister that Sudin Dhavalikar shall cease to be a minister in the council of ministers headed by Chief Minister, with immediate effect," an official notification said.

Dhavalikar said, "People are stunned the way, in the middle of the night, chowkidars conducted dacoity on MGP. People are watching and they will consider their course of action," he said.

He stressed that MGP enjoy support of common people and BJP would not succeed in destroying the party by breaking it. Dhavalikar was allotted portfolios of Transport and Public Works when Sawant took oath as CM few days ago.

The chief minister also dropped that Deepak Pauskar may take oath as a cabinet minister later in the day.

(with PTI and IANS inputs)