Earlier on March 4, the Punjab government told the Supreme Court that the Yogi Adityanath-led government has got no fundamental right to seek Ansari's transfer from Rupnagar jail to the district jail in Banda. 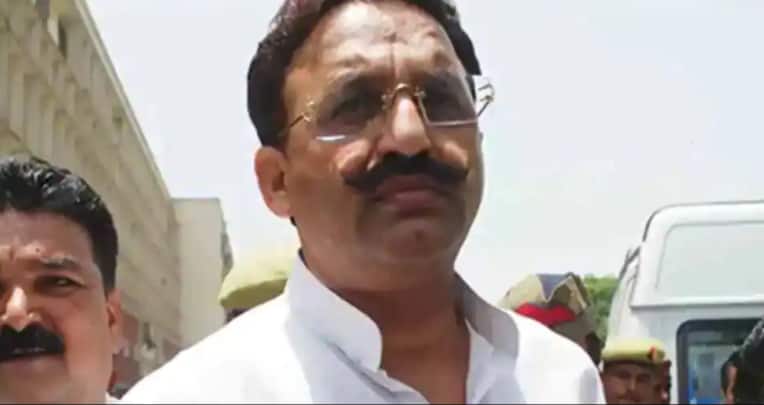 New Delhi: The Supreme Court on Friday (March 26) directed the Punjab government to hand over the custody of gangster-turned-politician Mukhtar Ansari, who is currently lodged in Rupnagar jail there, to Uttar Pradesh Police within two weeks.

A bench of Justices Ashok Bhushan and RS Reddy delivered the verdict on the plea of the Uttar Pradesh government seeking a direction to the Punjab government and Rupnagar jail authority to immediately hand over the custody of Ansari to the district jail Banda.

Earlier on March 4, the apex court was told by the Punjab government that the Yogi Adityanath-led government has got no fundamental right to seek Ansari's transfer from Rupnagar jail to the district jail in Banda in Uttar Pradesh.

Ansari, who is lodged in district jail Rupnagar in Punjab in connection with an alleged extortion case since January 2019, also accused in several cases of heinous crimes lodged in Uttar Pradesh.

A gangster-turned-politician, Mukhtar Ansari was voted as an MLA from Mau five times. Currently, he is a member of the Bahujan Samaj Party (BSP) MLA from Mau in Uttar Pradesh.

Mukhtar Ansari has avoided as many as 26 warrants issued by a Prayagraj court on medical grounds, according to an affidavit submitted before the Supreme Court by the Uttar Pradesh government.

The gangster-turned-politician was sent to judicial custody in Punjab in an extortion-threat case, but he did not apply for bail despite having been entitled to “default bail” as the statutory 90-day period has lapsed.

Ansari also opposed being shifted to Uttar Pradesh, the state Police have registered 38 cases of heinous crime at a single police station in the Ghazipur district. He has previously been lodged in different jails including Lucknow, Ghazipur, and Mau.

Mukhtar Ansari has been acquitted in a number of cases. A Delhi court in July 2020, acquitted him in the murder case of Krishna Nand Rai, whose wife wrote a letter to Priyanka Gandhi.