The Supreme Court-appointed mediators -- senior advocates Sanjay Hegde and Sadhana Ramachandran -- had last week engaged with the anti-CAA protestors for shifting the venue from Shaheen Bagh. 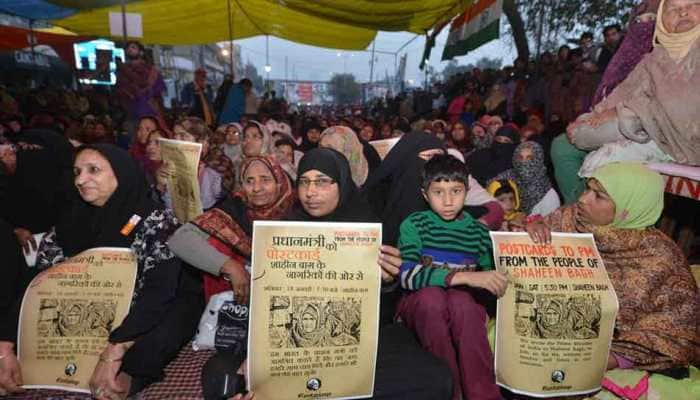 New Delhi: The Supreme Court on Wednesday (February 26) will hear pleas seeking removal of anti-Citizenship Amendment Act (CAA) protesters from Delhi's Shaheen Bagh area. The matter was adjourned on Monday after the interlocutors appointed by the apex court submitted their report in a sealed cover.

Last week, the Supreme Court-appointed mediators -- senior advocates Sanjay Hegde and Sadhana Ramachandran -- had engaged with the anti-CAA protestors for shifting the venue from Shaheen Bagh.

Former bureaucrat Wajahat Habibullah submitted an affidavit in the top court saying that the protest in Shahen Bagh is largely peaceful and blamed the police for the "unnecessarily blocking the roads". He also submitted that the police have blocked five points around Shaheen Bagh and that if these police blockades are removed then traffic will become normal.

Wajahat Habibullah also recommended that the government should speak to the protestors regarding CAA, NPR and NRC.

Since mid-December last year, thousands of people, including a large number of Muslim women, have been staging a sit-in protest at Delhi`s Shaheen Bagh area against the CAA and the proposed National Register of Citizens (NRC).

Public interest litigation (PIL) in the matter, filed by Nand Kishore Garg and Amit Sahni through their lawyer Shashank Deo Sudhi, sought appropriate directions to the Centre and others concerned for removal of protestors from Shaheen Bagh near Kalindi Kunj.

The plea sought an appropriate direction to the respondents for laying down "detailed, comprehensive and exhaustive guidelines relating to outright restrictions for holding protest/agitation" leading to obstruction of the public space.

At least 13 deaths have been reported since Monday in violence that erupted in parts of north-east Delhi between pro and anti-Citizenship Amendment Act (CAA) protesters. In the violence so far, around 190 have suffered injuries.