Sushma Swaraj ensured help was always around, even on Mars: 11 times she aced the Twitter game

Long before her colleagues took to the micro-blogging site, Swaraj had already nailed the Twitter game. 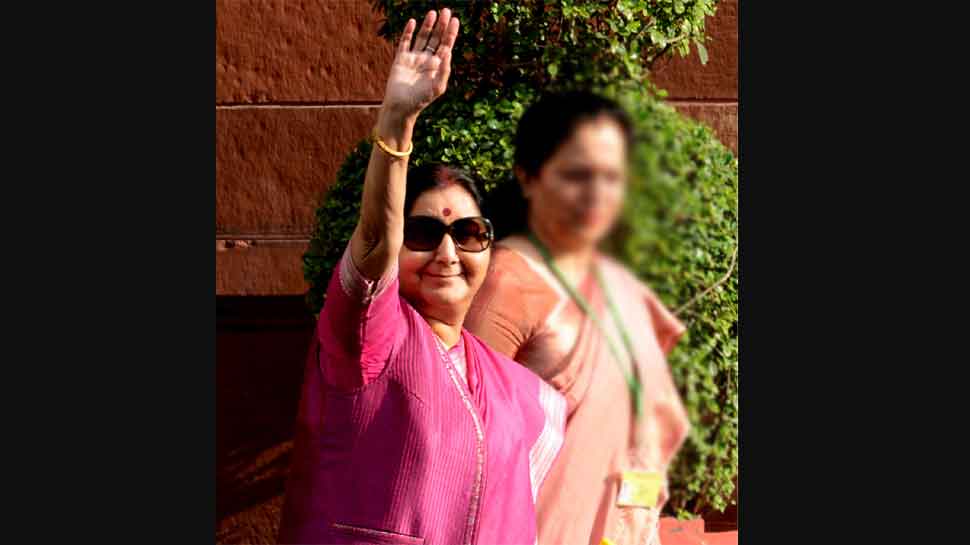 Little did the world know that Sushma Swaraj's tweet on Tuesday evening would be her parting message to the world. “Thank you Prime Minister. Thank you very much. I was waiting to see this day in my lifetime,” said the BJP stalwart while referring to the scrapping of Article 370 and reorganisation of Jammu and Kashmir into two UTs.

Long before her colleagues took to Twitter, Swaraj had already nailed the art of reaching out to people through the micro-blogging site. From helping stranded Indians in foreign lands or reaching out to distressed persons, her humane approach to issues as the face of Indian diplomacy was applauded worldwide. In short, she was a rockstar on Twitter.

Here's a quick look at some of her witty tweets through which she won Twitterati and made others laugh:

# 1 As the External Affairs Minister, Swaraj made sure that the Indian government was always there to help, even on Mars:

Even if you are stuck on the Mars, Indian Embassy there will help you. https://t.co/Smg1oXKZXD

# 2 When it came to the matters of refrigerators:

Brother I cannot help you in matters of a Refrigerator. I am very busy with human beings in distress. https://t.co/cpC5cWBPcz

# 3 Never did she shy away from speaking up the truth:

# 4 When she embraced BJP's 'Chowkidari' tagline with gusto and enthu:

Because I am doing Chowkidari of Indian interests and Indian nationals abroad. https://t.co/dCgiBPsagz

# 5 Or when it can to the matters of English language:

There is no problem. After becoming Foreign Minister, I have learnt to follow English of all accents and grammar. https://t.co/2339A1Fea2

# 6   The beloved politician saw humour in unlikely situations too:

Then I should stop being humorous. https://t.co/9wC3lsbo7Y

Rest assured - it's me, not my ghost. https://t.co/qxCeKUJ0uJ

# 9  She never feared from giving feedback:

If you or your wife were from my Ministry and such a request for transfer was made on twitter, I would have sent a suspension order by now. https://t.co/LImngQwFh6

I am so sorry. Please take your Car to a workshop. https://t.co/J9fFlTyTYh @babuenterprises

The computer is guilty of separating you. But don't worry. We will send you both in the same batch. https://t.co/ygBoGH1Lux