The charge-sheeted foreigners belong to Indonesia, Brazil, Djibouti, Kenya, Tanzania, Australia, Nigeria, South Africa, and the US, the lawyer said. 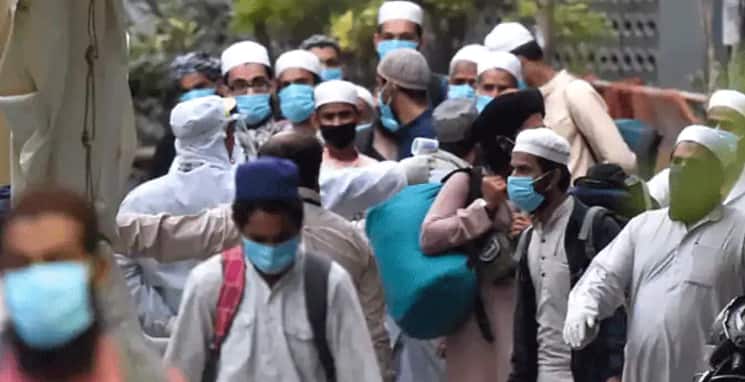 The charge-sheeted foreigners belong to Indonesia, Brazil, Djibouti, Kenya, Tanzania, Australia, Nigeria, South Africa, and the US, the lawyer said.

The six charge sheets were filed on Tuesday in the cases registered at the police stations of Seelampur, Sadar Bazar, Bara Hindu Rao, Sarai Rohila and Dayalpur, said advocate Ashima Mandla, counsel for some of the foreigners.

The 69 Tablighi Jamaat members against whom the charge sheets were filed belonged to a group of 955 others who were booked earlier by the Crime Branch of Delhi police in six cases but were allowed by the relevant court to be deported to their native countries after they admitted their guilt and pleaded for lenient punishments under the provisions of plea bargaining.

They were allowed to walk free on payment of varying fines and pleading guilty for minor offences related to the COVID-19 lockdown violations.

At least 70 of these Tablighi Jamaat members, however, could not be deported because they were found to having some pending cases registered against them at some other police stations, their representatives had claimed.