The health scheme will be implemented with funding support from the World Bank. 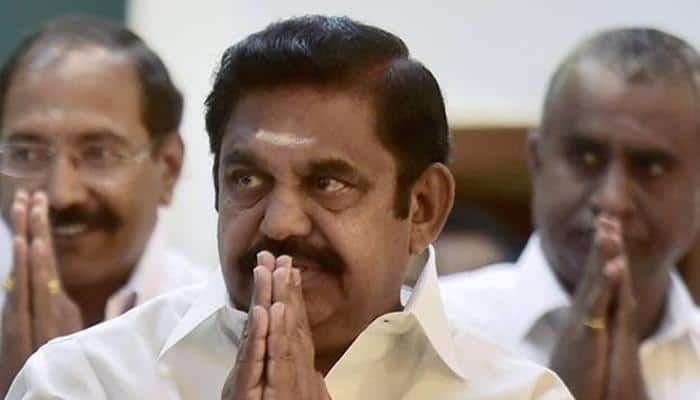 Under the new scheme, quality certification of the government hospitals will also be undertaken, which will help improve the medical service. It will focus on diagnosing non-communicable diseases, like diabetes, cancer, blood pressure, breast cancer, and psychological disorders at an early stage.

Palaniswami reportedly said that the state is on the forefront in achieving the Sustainable Development Goals in the maternal mortality ratio (MMR) and the infant mortality rate (IMR).

Deputy Chief Minister O Panneerselvam, however, said that for the scheme Rs 1,999 crore would be the share of World Bank loan and the rest being provided by the state government. World Bank's Country Director for India, Junaid Kamal Ahmad was also present in the function.

Meanwhile, kickstarting propaganda for the next year's Assembly polls, Palaniswami exhorted the party workers to expose what he called the disinformation campaign of the opposition parties.

Addressing a workshop held by the party's literary unit in Chennai, Palaniswami, who is the co-coordinator of the AIADMK, said the state has been adjudged a best-performing state in various sectors by the Centre, which spoke volumes about the government's administrative efficiency.

Palaniswami said that a host of welfare schemes was being implemented and all the assurances of late party chief J Jayalalithaa made during 2011, 2016 Assembly elections were also being continuously fulfilled.

Pointing to new industries and fresh projects in various departments, Palaniswami flayed his rivals for spreading canards that no developmental work was happening in the state.

Notably, opposition DMK had alleged that the government did not take steps for the closure of already existing oil wells in the delta region.

Assembly elections in Tamil Nadu are due in April-May 2021.