Telangana Governor Tamilisai Soundararajan administered oath of office and secrecy to the new ministers at a ceremony held at the Raj Bhavan. 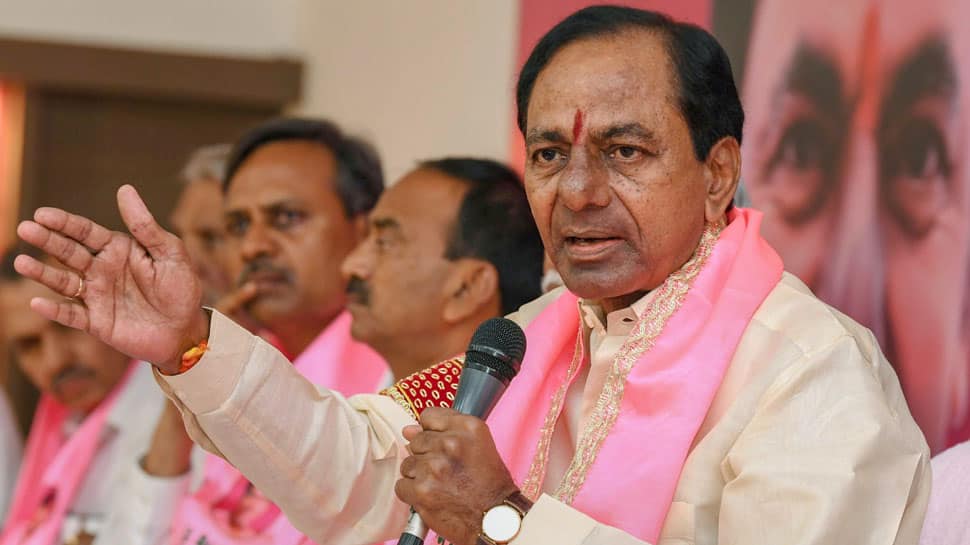 The four other ministers who are inducted in KCR's cabinet are P Sabita Indra Reddy, Gangula Kamalakar, Puvvada Ajay and Satyavati Rathod. The swearing-in ceremony was attended by CM Chandrashekhar Rao, his ministers, leaders of the Telangana Rashtra Samithi (TRS), MPs, state legislators and senior officials.

It is to be noted that Governor Soundararajan administered oath of office to new ministers a few hours after taking oath as the Governor of Telangana. Interestingly, CM KCR, who was criticised by the opposition for failing to induct any woman in his cabinet during the first term, inducted two women - Sabita Indra Reddy and Satyavati Rathod in his new cabinet. Three of the newly-inducted ministers, including K T Rama Rao and Harish Rao, had earlier served as ministers.

Sabitha was once Congress MLA but she left the party to join the TRS after KCR won the Assembly election. She had earlier served as minister in undivided Andhra Pradesh. This is the second expansion of KCR's cabinet since the TRS returned to power after registering a thumping win in Assembly election.

The strength of Telangana cabinet has gone up to 18 after the induction of six new ministers. It may be recalled that Chandrasekhar Rao took oath as Telangana CM for the second term on December 13.  The Telangana CM first expanded his cabinet on February 19 by inducting 10 ministers.