The Telangana government's decision to constitute the SIT comes at a time when the National Human Rights Commission (NHRC) has already launched a probe into the case.

In the latest development in ongoing debate over the encounter of the four accused in the Hyderabad gang-rape and murder case by Cyberabad Police on Friday (December 6), a Special Investigation Team (SIT) was formed by the Telangana government on Sunday (December 9) to probe the case.

The SIT will be led by Rachakonda Police Commissioner Mahesh M Bhagwat. The Telangana government's decision to constitute the SIT comes at a time when the National Human Rights Commission (NHRC) has already launched a probe into the case. Petitions have also been filed in the Supreme Court alleging non-compliance of SC's 2014 guidelines on police encounters. In a related development, the Telangana High Court has directed that the bodies of the four accused be preserved till December 9. 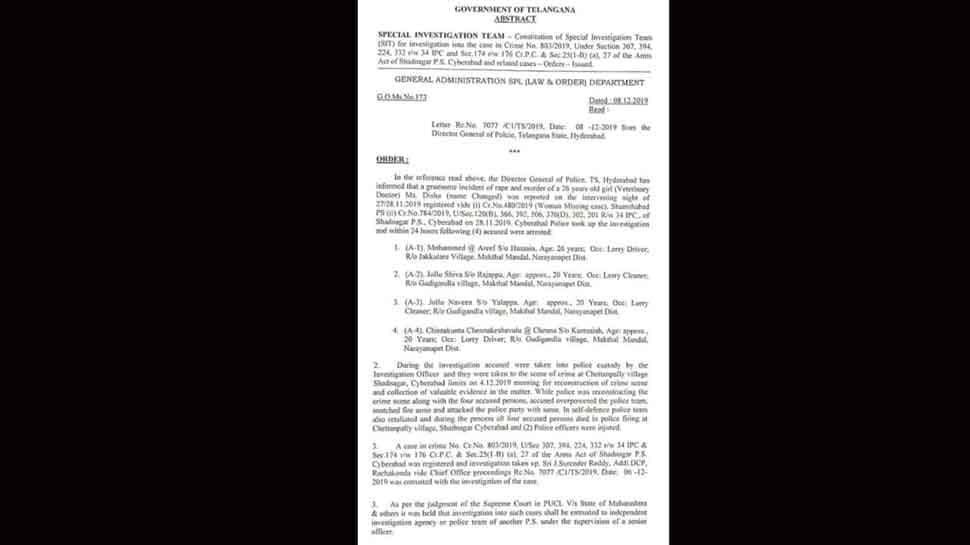 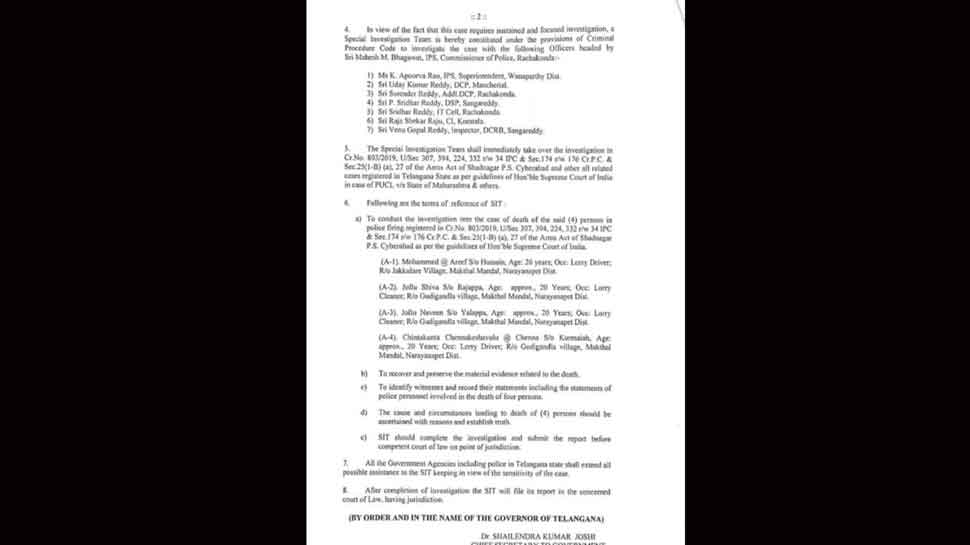 The team will inspect the scene of the 'encounter'` for an on-the-spot investigation and also gather details of the police officers involved in it. The team will then visit the government-run hospital in Mahbubnagar where the bodies of the four accused have been kept after autopsy late on Friday.

On Friday morning, the Cyberabad Police had shot dead the four accused when they, as per the police, tried to escape from the crime scene where they were taken by a police team to recreate the sequence of events which led to them rape and murder the 27-year-old veterinarian after her scooty broke down in Shamshabad, on the outskirts of Hyderabad.

The accused had allegedly gang-raped and killed the veterinarian near the outer Ring Road at Shamshabad on the outskirts of Hyderabad and dumped the body and set it afire near Shadnagar. On September 29, police arrested two truck drivers and two cleaners. The next day they were sent to judicial custody while police took custody of the accused on December 3 for interrogation.