Temperature dips due to overnight rainfall in Delhi, cold wave conditions to prevail in north India

According to the weather office, fog at many places and dense fog at some places have been predicted. 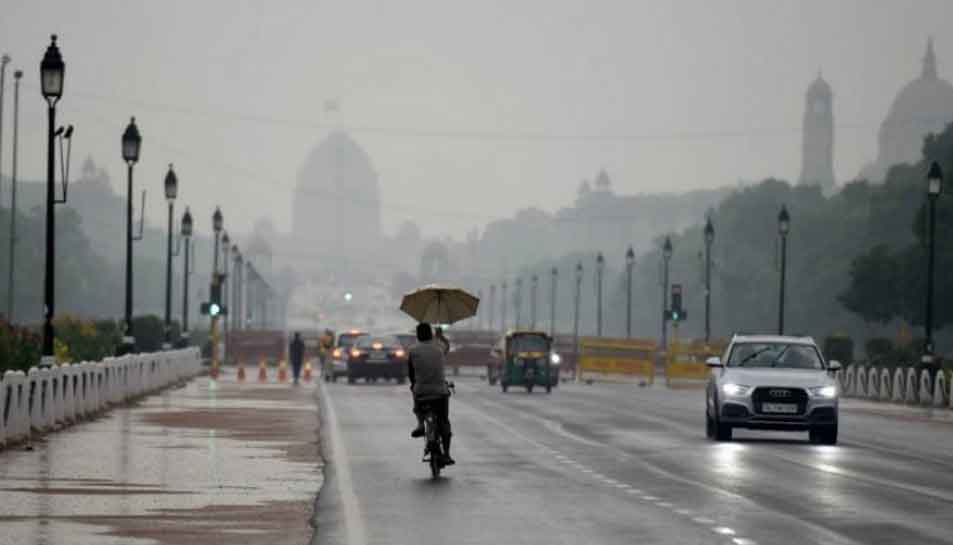 NEW DELHI: Cold wave conditions are likely to persist across northern India as rains soaked several areas in the region and snowfall was recorded in Kashmir and Ladakh in the intervening night of Thursday and Friday. Overnight rainfall in the national capital brought the maximum temperature down, the weather department said.

The minimum temperature recorded in the national capital was 11℃, while the maximum temperature is expected to be around 17℃. According to the weather office, fog at many places and dense fog at some places have been predicted. However, overall, the fog will be moderate. Temperatures will fall between a minimum of 7 degrees Celsius and a maximum of 17 degrees," an IMD official said.

The NCR-Delhi area will witness a cloudy day on Friday, with weather conditions slightly improving from January 18 onwards, the India Meteorological Department (IMD) had said on Thursday.

The India Meteorological Department has also predicted that states of Delhi, Punjab, Madhya Pradesh, Gujarat, Haryana, Uttarakhand and Rajasthan are likely to receive rain/thunderstorm on Friday and Saturday due to the prevalence of Western Disturbance (WD) as a cyclonic circulation lies over east Afghanistan and adjoining Pakistan.

Dense fog in isolated pockets is very likely over Punjab, Haryana, Chandigarh and Delhi, Uttar Pradesh and Rajasthan and Tripura during the next two days.

Meanwhile, at least 12 trains were reported to be running late due to low visibility in the Northern Railway region.

Delhi experienced fog on Thursday morning, with air quality recorded as `poor`, accompanied by showers in various parts of the capital and adjoining areas. At least 12 Delhi-bound trains were delayed by several hours due to fog, according to Northern Railway officials.

According to System of Air Quality Weather Forecasting and Research (SAFAR), the air quality index (AQI) may deteriorate slightly on Friday though it will remain between the upper end of `moderate` to `poor` category.