Security has been beefed up in and around the Rewari railway station and other important installations following the threat.

REWARI: Pakistan-based terror outfit Jaish-e-Mohammad (JeM) has threatened to blow up railway stations and temples across six states in a new threat letter received by the security agencies.

According to the letter, the terror organisation has threatened to target at least 11 railway stations and six temples across six states during the upcoming festival of Dussehra in October.

Besides Rohtak, railway stations in Rewari, Hisar, Kurukshetra, Mumbai City, Bengaluru, Chennai, Jaipur, Bhopal, Kota and Itarsi, and temples in Rajasthan, Gujarat, Tamil Nadu, MP, UP and Haryana have been targeted in the threat letter.

In Haryana, the terror outfit has threatened to target the Rewari railway station by October 8. The letter was received by Rohtak Junction Station Superintendent's office around 3 PM on Saturday by ordinary post.

The letter bears the name of one Masood Ahmad allegedly from Karachi, Pakistan. 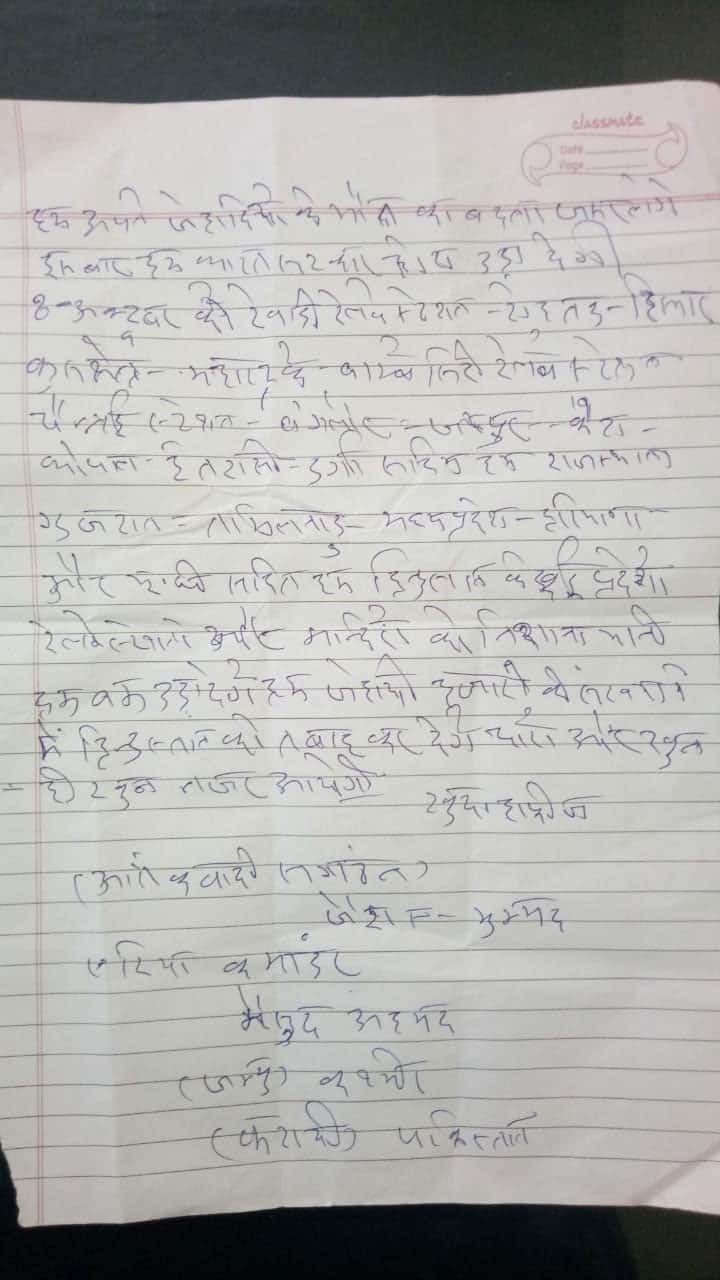 The Haryana Police have confirmed the receipt of a threat letter allegedly issued by Jaish-e-Mohammad and launched an investigation into the matter.

Security has been beefed up in and around the Rewari railway station and other important installations following the threat.

It may be recalled that Chief of Naval Staff Admiral Karambir Singh had said in August that an underwater wing of Pakistan-based terror group Jaish-e-Mohammad (JeM) is said to be training people to carry out attacks. However, the Indian Navy is fully prepared to thwart any such attempt, he added.

The Army has, meanwhile, intensified its presence along the Line of Control (LoC) following Pakistan`s direct and indirect threats of war ever since Parliament withdrew special status to Jammu and Kashmir by reading down Article 370 of the Constitution.

On Saturday, the Commander of Army`s Northern Command, Lieutenant General Ranbir Singh, reviewed security preparedness along the LoC in the light of military threat from Pakistan. Prior to Singh, the Army chief General Bipin Rawat had also visited the valley to review India`s preparedness at the LoC.

Pakistani Prime Minister Imran Khan has been aggressive against India over the political developments in Jammu and Kashmir accusing India of resorting to human rights violations in the valley after imposing a communication blockade. Pakistan has also been trying to drum up international support against India in its rhetoric on Kashmir.

A day after the historic decision on Jammu and Kashmir on August 5, Imran Khan had made veiled references to a possible war with India while addressing a joint session of Pakistan National Assembly.

In the first week of September, Pakistan moved a brigade-sized force to a location 30 km away from the LoC within its own territory as was reported by the Army quoting intel sources. The troops numbering around 2,000 soldiers have been placed at the Bagh and Kotli sector opposite PoK in Pakistan.

Security sources have assessed that at least 40 to 50 trained terrorists have crossed over into India ever since the abrogation of Article 370 on August 5.

It is also estimated that around 200 to 250 trained terrorists are waiting to sneak into India as outfits like JeM and Lashkar-e-Taiba have activated terror launch pads along the LoC.