The attack launched by the Army using 155mm artillery guns killed at least 10 Pakistani soldiers and over 20 terrorists. 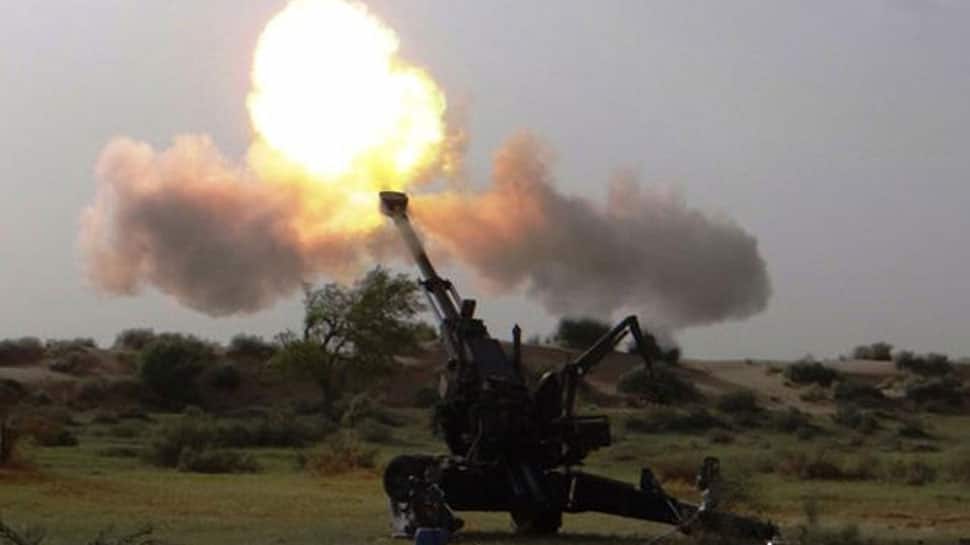 NEW DELHI: Indian Army on Sunday gave a befitting response to ceasefire violation and unprovoked firing by Pakistani troops in the Tangdhar sector near Line of Control using artillery guns to target terror launch pads and Pakistan Army posts. The attack launched by the Army using 155mm artillery guns killed at least 10 Pakistani soldiers and over 20 terrorists. It is learnt that four terror launch pads - where many terrorists of Jaish-e-Mohammad and Lashkar-e-Taiba were present - located in Pakistan-Occupied-Kashmir (PoK) were completely decimated in the attack.

''Last evening, an attempt was made in Tangdhar to infiltrate terrorists. We retaliated, Pakistan carried out attack firing at our posts in which we did suffer, but before they could attempt the infiltration it was decided that we target the terror camps in PoK. We had the coordinates of these camps. We have caused severe damage to terrorist infrastructure across,'' Army Chief General Bipin Rawat said.

The counter-attack by the Indian Army came after the Pakistani troops violated the ceasefire and resorted to unprovoked firing targeting the civilian areas in Jammu and Kashmir`s Tangdhar sector on Sunday morning.

Two Indian soldiers and one civilian were killed, while three other civilians were injured in the firing from the Pakistan Army. The Indian forces responded strongly to avenge the martyrdom of two soldiers and taught Pakistan a lesson which it will always remember.

The terrorist camps situated in Jura, Athmuqam and Kundalsahi in the Neelam Valley in PoK were attacked after specific inputs that terrorists were assembling inside these camps looking for an opportunity to infiltrate inside India and create mayhem in Jammu and Kashmir. It may be noted that Athmuqam is the district headquarters of Pakistan Army.  The Indian Army used 155 mm Bofors Guns in the operation in which several Pakistani Army bunkers were also completely destroyed.

"We had information that terror camps are operating in PoK in areas opposite Keran, Tangdhar and Nowgam sectors which we call the Leepa valley. These were targeted," said General Rawat.

Meanwhile, Jammu and Kashmir Governor Satya Pal Malik on Monday issued a strict warning to Pakistan asking it to "mend its ways" or face more artillery strikes in the future. Governor Malik said that Pakistan should know how to behave and if it fails to do then Indian Army has got the power to destroy all terror camps.