The role of Pink in Uttar Pradesh Assembly Elections 2022: An analysis

From Congress to BJP, Trinamool to BSP, all we see is selective women attempting to serve as the benchmark of progress in Indian politics while maximum power lies with their male leadership. 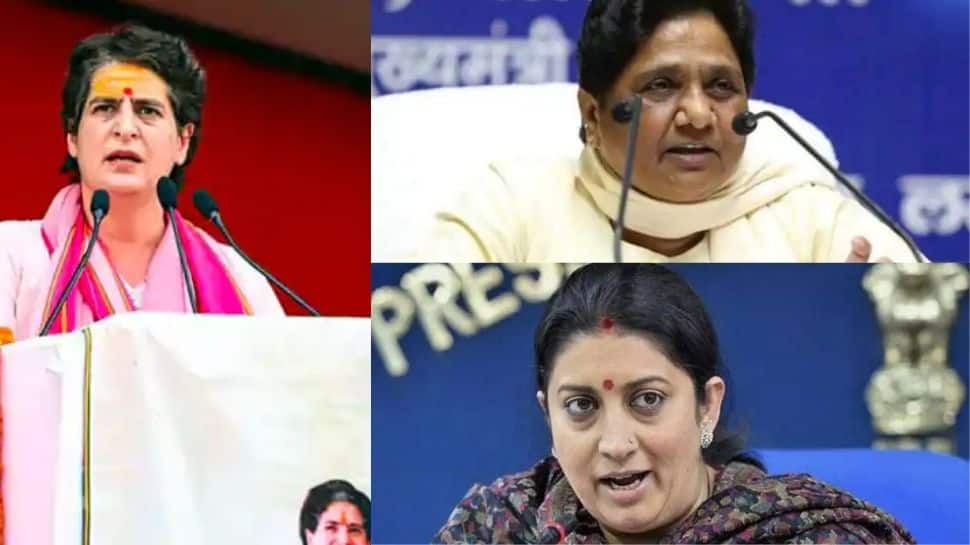 New Delhi: Women, who have always played an integral role in Indian politics, were time and again denied the right to get satisfactory participation in Parliament. For long enough, political parties have treated women either as a prop during the election campaigns or saw them as vote banks pertinent for their precious electoral victories.

All these big-time, so-called women-centric parties, never expanded their horizon within their setup. From Congress to BJP, Trinamool to BSP, all we see is selective women attempting to serve as the benchmark of progress while maximum power lies with their male leadership.

Now, as five of the country’s most politically dominant states, including Uttar Pradesh, go to poll next year, major parties are eying women voters but with what? Congress that promised to offer 40% tickets to women candidates have only Sonia Gandhi and Priyanka Gandhi Vadra in the forefront while BJP on the other hand, with only Smriti Irani and Nirmala Sitharaman in the front, lacks the standing and at last, Bahujan Samajwadi Party (BSP) with a woman supremo like Mayawati shamelessly failed to bring any other female leader in the limelight.

With Uttar Pradesh Assembly Elections, which is believed to set the tone for the Lok Sabha race, less than 6 months away, here is an analysis of how major political parties have strengthened women participation in the elections.

UP elections 2017 and women participation

In 2017, Bharatiya Janata Party gave tickets to 34 women in a 403-constituency state and hailed it as a historic achievement. Meanwhile, BSP- a party with a woman face has distributed tickets to only 21 women.

Congress, on the other hand, whose general secretary has come up with a new idea ‘Behenwaad’ politics using phrases like ‘Mere Paas Behan Hai’, gave tickets only to 12 women.

This boils down to the fact that all the parties, who claim to be championing the cause of women empowerment in India are at the same time not ready to invest trust in more than 35 women in a state with over 400 constituencies.

However, in terms of seat distribution, BJP came out to be a winner in 2017. Notably, the 17th Uttar Pradesh Assembly, with a record 38 women MLAs, had the highest numbers of female representation since Independence. The scene is not very different on the national level as well.

Our Rajya Sabha has 29 women members out of 237 while the Lok Sabha homes 81 women out of 503 seats. The numbers speak the tale about women representation in Indian politics more than anything.

The Uttar Pradesh election campaigns serve as the spot-on example of political parties coming out of their four and a half year of hibernation to face the fact that almost half of countries population are women and that’s when the fun part starts.

Less than six months before the elections, the ruling party BJP, under which the state remained the topper in the ‘Crime Against Women’ category, started new government schemes and party organisation activities to attract women, voters.

Recently, PM Narendra Modi transferred Rs 1,000 crore into the bank accounts of various self-help groups in Prayagraj that will benefit nearly 1.6 million women. He also transferred Rs 20 crore to aid over 100,000 beneficiaries of the Mukhya Mantri Kanya Sumangala Scheme, which provides assistance to the girl child.

This apart, the Modi government’s moves like the abolition of Triple Talaq, Ujjwala Yojana and not to mention the marriageable age change for women, has earned them a ‘women-centric party’ reputation.

On the contrary, Mayawati’s BSP, with only mere lip services to demanding reservation for women, is lagging far behind and Akhilesh Yadav’s otherwise women phobic party that received the disgrace for making nasty comments about sensitive issues like rape and child marriage has been promoting their political moves of freebies and schemes.

In this arena, Congress, which has set the ball rolling with the promise of 40% seats to women candidates and the ‘Main Ladki Hoon Lad Sakti Hoon’ campaign is so far emerging the winner because nothing can compensate for the actual representation. The party has also assured scooters and smart gadgets to girl students if it comes to power.

With a total of 64,613,747 women voters out of 14,16,63,646 eligible voters, Uttar Pradesh, India’s most politically significant state with the highest number of constituencies, will witness the Assembly polls this year.

It is high time for the political parties to get some skin in the game to do what they preach in their rallies in terms of women representation.