ANI reported that the foggy situation forced the airport authorities to put on hold all departures from Delhi Airport from 5:30 am to 7 am. 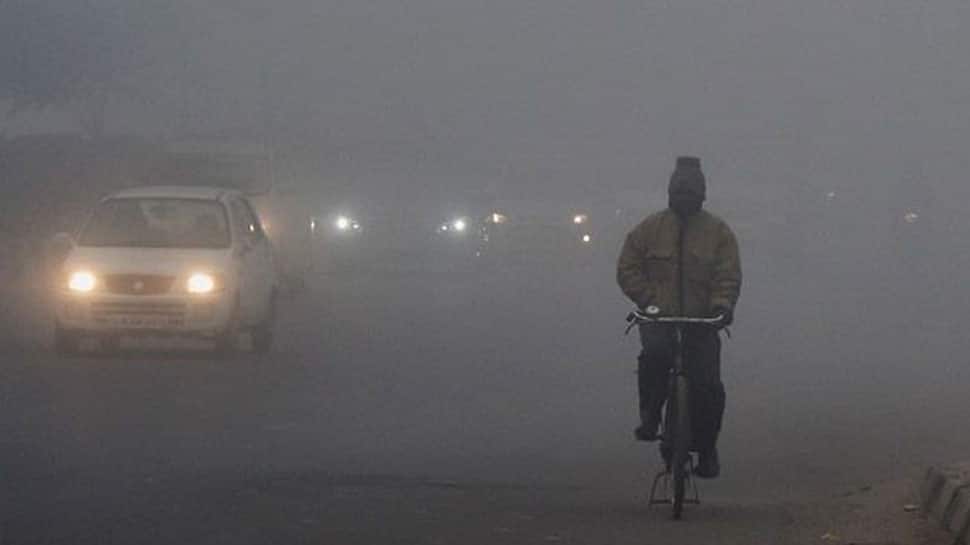 NEW DELHI: Thick blanket of fog engulfed Delhi and its adjoining areas on Friday, badly affecting the movement of flights and trains in the capital region.

ANI reported that the foggy situation forced the airport authorities to put on hold all departures from Delhi Airport from 5:30 am to 7 am.

All departures from Delhi Airport was on hold from 5:30 am to 7 am today and most of the arrivals also affected due to bad weather; one international flight has been diverted as of now.

The bad weather also led to the diversion of one international flight.

Indian Railways released a statement on Friday confirming that at least 10 trains to Delhi are running late due to fog and low visibility.

On Thursday too, the temperature remained below normal level in Delhi, making morning cold and gloomy for the people living in the national capital.

The maximum and minimum temperatures were recorded at 21 degree Celsius and 5 degree Celsius, respectively, on Thursday. Rail traffic was badly affected due to thick fog in Delhi.

On Thursday, 11 trains were rescheduled after they got delayed for around an hour due to fog. Jayanagar- New Delhi S Sainani Express, Ghazipur-Anand Vihar Express, and Poorvottar Sampark Kranti Express were running late by 1.30-hr, 2 hours and one hour respectively.

The low visibility also affected the movement of Bhubaneswar Duronto Express, which got delayed by five hours while Poorva Express and Puri-New Delhi Purushottam Express were delayed by three hours each.

It is likely that fog and chill would continue in Delhi and there are little hopes for an improvement in the quality of air and visibility in the capital. The air quality in Delhi remained poor on Thursday morning as the Air Quality Index (AQI) at Mathura Road was at 346 in the morning with particulate matter (PM) 2.5.