In the last one year, Delhi has lost three of its former chief ministers – Madan Lal Khurana, Sheila Dikshit and Sushma Swaraj. 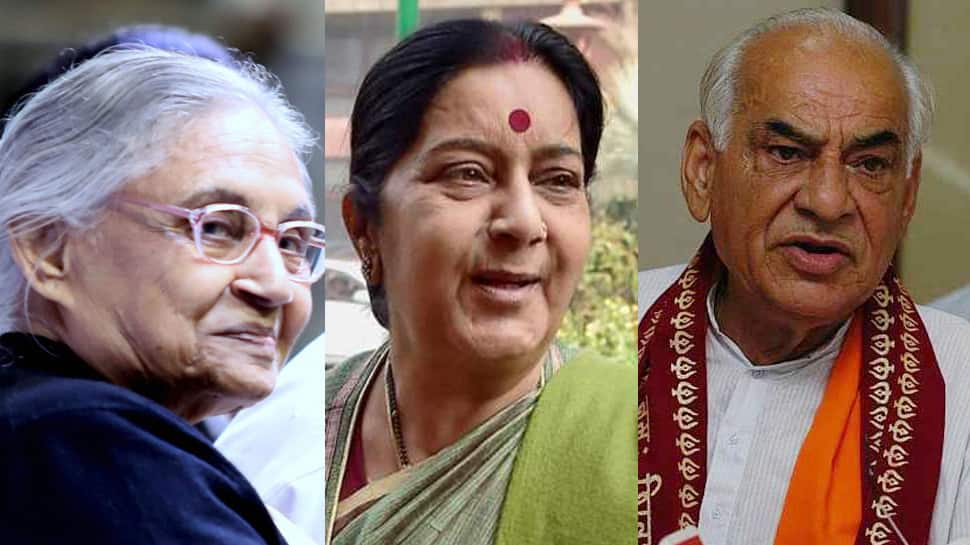 The nation is shocked with the sudden demise of Bharatiya Janata Party (BJP) stalwart Sushma Swaraj, who breathed her last at around 9 pm at All India Institute of Medical Sciences (AIIMS) in the national capital. Among her several achievements during a glorious political career, Sushma Swaraj was the first woman chief minister of Delhi.

In the last one year, Delhi has lost three of its former chief ministers – Madan Lal Khurana, Sheila Dikshit and Sushma Swaraj.

Bharatiya Janata Party (BJP) leader Madan Lal Khurana, who served as the third Chief Minister of Delhi, died on October 27, 2018. Khurana had breathed his last at the age of 82 at his residence in Kirti Nagar area of the national capital. He had served as the Chief Minister of Delhi 1993 to 1996.  He had suffered a brain haemorrhage five years before his demise and died after prolonged illness.

The other former chief minister that Delhi lost in the past one year was Congress veteran Sheila Dikshit, who died just last month on July 20, 2019 at the age of 81. The three-time Delhi chief minister died due to cardiac arrest. She breathed her last at Delhi’s Fortis Hospital. She was the longest-service chief minister of the national capital and later also served as the Governor of Kerala in 2004. A 'Congresswoman' for life, Sheila Dikshit made her political debut in 1984 when she successfully contested the Lok Sabha election from Uttar Pradesh's Kannauj parliamentary constituency. She represented the Kannauj constituency from 1984-1989 as a parliamentarian. She was serving as the Delhi Congress chief at the time of her death. She had unsuccessfully contested the recently held Lok Sabha election from the North East Delhi constituency against BJP's Manoj Tiwari.

Now, the death of Sushma Swaraj, another former Delhi Chief Minister, has left a deep void in the polity of the national capital as well as the nation. A symbol of women empowerment, Sushma was the first woman to serve as the Chief Minister of Delhi. She was the fifth chief minister of Delhi, and was the predecessor of Sheila Dikshit. Sushma, however, had a short stint as the CM of Delhi, having served on the post from October 13, 1998 to December 3, 1998.