Nuclear-capable Pakistan will go to any extent on Kashmir: Imran Khan

In an address to his nation, Imran Khan once again harped on how his country is being victimised by India while conveniently ignoring that Pakistan shelters and supports terrorism. 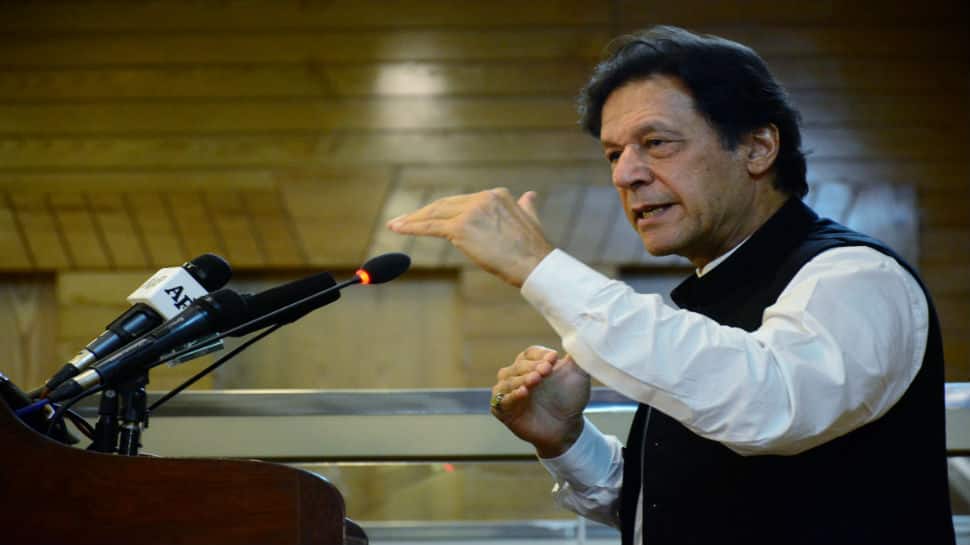 Pakistani Prime Minister Imran Khan has yet again tried to play the victim card in spite of his country being the chief architect of terrorism in Jammu and Kashmir. Imran Khan on Monday accused India of blaming Pakistan for every terror-related incident and boasted that time has come for the final solution on Kashmir

"Pakistan wants peace and development but India is trying to make us bankrupt. India has a tendency of always blaming Pakistan. The time has come for a final solution of Kashmir problem which has been festering for the last several decades," said Imran Khan in his televised address to his nation. He claimed that the Pakistani military is every-ready and vigilant to thwart any misadventure by its eastern neighbour.

According to Imran Khan, the Narendra Modi government made a "blunder" by abrogating Article 370 from Jammu and Kashmir which ended its special status. He alleged that India was now eyeing Pakistan-occupied-Kashmir but his forces were keeping a close watch on the Line of Control.

"We have succeeded in internationalising the issue of Kashmir. We have spoken to world leaders and embassies. The United Nations for the first time since 1965, convened a meeting on Kashmir issue. Even international media has picked it up. I will speak at the UN General Assembly on September 27 and highlight the Kashmir issue on world stage," he added.

Imran Khan then made a reference to how both India and Pakistan have nuclear weapons. "If conflict moves towards war then remember both nations have nuclear weapons and no one is a winner in nuclear war and it has global ramifications," he said, before hurling a message directed purportedly towards the US. "Superpowers of the world have a huge responsibility. Whether they support us or not, Pakistan will go to any extent."

Imran Khan's speech came almost a couple of hours after Prime Minister Narendra Modi made it clear to the United States of America President Donald Trump that Jammu and Kashmir was a bilateral issue between India and Pakistan, and there was no space of mediation by any other country. PM Modi made the statement during his meeting with President Trump on the sidelines of the G7 summit in Biarritz, France.

"India and Pakistan have too many bilateral issues, and we should sit down and work towards finding a solution for them. India and Pakistan need to fight against poverty and lack of education, need to work towards the upliftment of people in both nations. I have communicated this to the Pakistani Prime Minister. After Imran Khan was elected as the prime minister, I called him and told that Pakistan and India have to fight against poverty, against diseases and let us work together for the development of both countries. I always keep in touch with President Trump as well. India and Pakistan have many bilateral issues to resolve and we do not bother any other country with mediation. We can jointly deal with our issues," said PM Modi as Trump looked on.