Pakistan Army chief General Qamar Javed Bajwa said on Thursday that it was time for India and Pakistan to "bury the past and move forward" as peace between the two neighbours would help to "unlock" the potential of South and Central Asia. 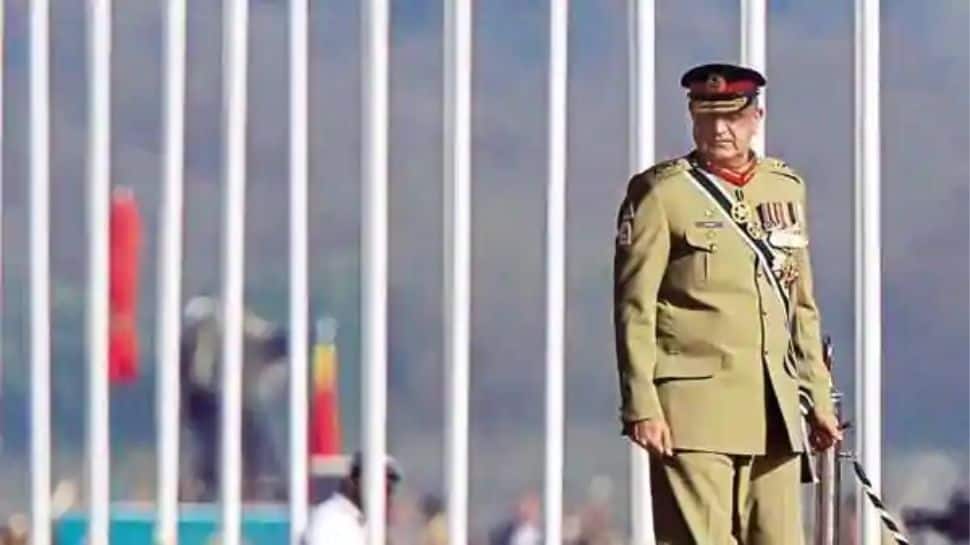 Islamabad: Pakistan Army chief General Qamar Javed Bajwa said on Thursday (March 18) that it was time for India and Pakistan to "bury the past and move forward" as he asserted that the peace between the two neighbours would help to "unlock" the potential of South and Central Asia.

Addressing a session of the first-ever Islamabad Security Dialogue here, Gen Bajwa also said that the potential for regional peace and development always remained hostage to the disputes and issues between Pakistan and India, the two "nuclear-armed neighbours".

"We feel it is time to bury the past and move forward," he said, adding that the responsibility for a meaningful dialogue rested with India.

India has also told Pakistan that "talks and terror" cannot go together and has asked Islamabad to take demonstrable steps against terror groups responsible for launching various attacks on India.

"Our neighbour will have to create a conducive environment, particularly” in Kashmir, Gen Bajwa said, adding that any effort to improve ties without addressing the core issue would be vulnerable to external political factors.

"The Kashmir issue is at the heart of this. It is important to understand that without the resolution of the Kashmir dispute through peaceful means, the process will always remain susceptible to derailment to politically motivated bellicosity,” he said.

The powerful army, which has ruled Pakistan for more than half of its 70 plus years of existence, has hitherto wielded considerable power in the matters of security and foreign policy.

Gen Bajwa’s remarks came a day after Prime Minister Imran Khan made a similar statement at the same venue.

Prime Minister Imran Khan said on Wednesday said India will be benefited economically by having peace with Pakistan as it will enable New Delhi to directly access the resource-rich Central Asia region through Pakistani territory.

"India will have to take the first step. Unless they do so, we cannot do much," Khan said while delivering the inaugural address at the launch of the two-day Dialogue.

Khan said that having a direct route to the Central Asian region will economically benefit India. Central Asia is rich in oil and gas.

Gen Bajwa also said that peace between Pakistan and India would help to "unlock the potential of South and Central Asia" by ensuring connectivity between East and West Asia.

Though, both Prime Minister Khan and Gen Bajwa didn’t specify the minimum steps that India should take but many experts in Pakistan believe that some positive measures in Kashmir could ease pressure on the Pakistan government before entering into talks or restoring the normal diplomatic ties.

Gen Bajwa also talked about poverty which he said was linked with the regional tension that had hindered the regional connectivity and integration.

"Despite being impoverished, we end up spending a lot of our money on defence, which naturally comes at the expense of human development," he said.

However, he added that Pakistan was resisting the temptation to become part of the arms race or increase defence budget despite rising security challenges.

"This has not been easy, especially when you live in a hostile and unstable neighbourhood. But having said that, let me say that we are ready to improve our environment by resolving all our outstanding issues with our neighbours through dialogue in a dignified and peaceful manner," he said.

India and Pakistan had announced on February 25 that they have agreed to strictly observe all agreements on ceasefire along the Line of Control (LoC) in Jammu and Kashmir and other sectors.

Ties between India and Pakistan nose-dived after a terror attack on the Pathankot Air Force base in 2016 by terror groups based in the neighbouring country.

Subsequent attacks, including one on Indian Army camp in Uri, further deteriorated the relationship.

The relationship dipped further after India's war planes pounded a Jaish-e-Mohammed terrorist training camp deep inside Pakistan on February 26, 2019 in response to the Pulwama terror attack in which 40 CRPF jawans were killed.

The relations deteriorated after India announced withdrawing special powers of Jammu and Kashmir and bifurcation of the state into two union territories in August, 2019.

Talking about the concept of national security, Gen Bajwa said that it was not just about protecting countries from an external and internal threat.

"Today, the leading drivers of change in the world are demography, economy and technology…However, one issue that remains central to this concept is economic security and cooperation,” he said.

Bajwa added that since national security involved ensuring human security, national progress and development, it was not solely the function of the armed forces and required a national effort to safeguard a nation.