The Delhi Police has so far registered four FIRs in connection with the protesting farmers' tractor parade, of which, three have been registered in the east district, while one in Shahdara district. "The farmers began tractor rally before the scheduled time, they also resorted to violence and vandalism," said Delhi Police PRO Eish Singhal. 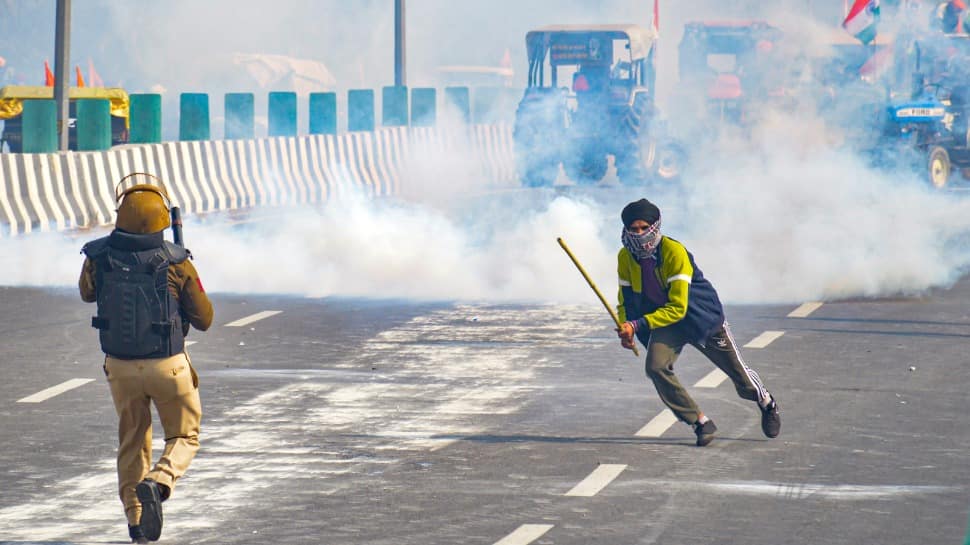 New Delhi: The Delhi Police on Tuesday (January 26, 2021) said that more than 80 of its personnel have sustained injuries during clashes with the farmers in the tractor parade, following which the police registered FIRs against the culprits.

As per the recent reports, the Delhi Police has so far registered four FIRs in connection with the protesting farmers' tractor parade, of which, three have been registered in the east district, while one in Shahdara district.

According to senior Delhi police officers, cases will also be filed for obstructing government work, attacking policemen, damaging public and private properties, violating the COVID-19 guidelines and disobeying the NOC rules. They added that strict action will be taken after identifying the culprits. 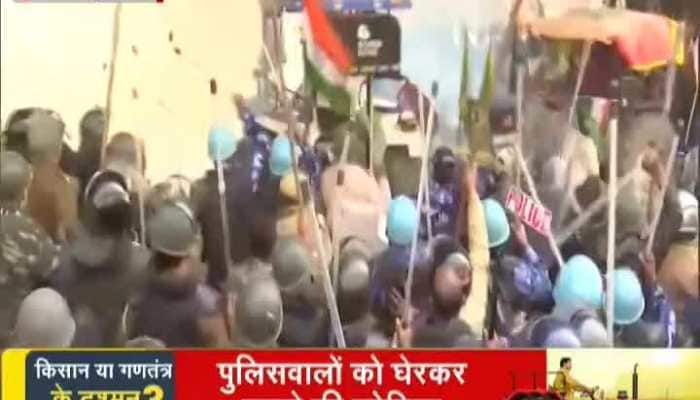 This is to be noted that the permission to hold the rally was given on specific routes and after the Republic Day 2021 celebrations conclude at the Rajpath, but Delhi Police PRO Eish Singhal told PTI news agency that the protesters violated conditions fixed for the rally.

"The farmers began tractor rally before the scheduled time, they also resorted to violence and vandalism," PTI quoted Singhal as saying.

He added, "We followed all conditions as promised and did our due diligence but the protest led to extensive damage to public property. Many policemen were also injured during the protest."

Delhi Police Additional PRO Anil Mittal informed that a total of 86 police personnel were injured in the clashes including at the Red Fort and in the East District.

The violence also led the Centre to snap the internet services temporarily in some parts of Delhi. The government's order said that the suspension of services was necessary for maintaining public safety and averting a public emergency.

It read, "In the interest of maintaining public safety and averting public emergency, it is necessary and expedient to order, the temporary suspension of internet services in the areas of Singhu, Ghazipur, Tikri, Mukarba Chowk and Nangloi and their adjoining areas in NCT of Delhi till 23:59 hours on January 26."

As per the latest inputs, farmers are now going back to their camps at the Singhu and Tikri border points of Delhi.

Meanwhile, mobile internet and SMS services have also been suspended in three Haryana districts namely Sonipat, Jhajjar and Palwal until 5 pm on Wednesday.

Haryana's Home Secretary Rajeev Arora said the order is issued to prevent any disturbance of peace and public order in the districts.

He said the order covers internet services (2G/ 3G/4G/CDMA/GPRS), all SMS services (excluding banking and mobile recharge) and all dongle services etc provided on mobile networks except voice calls in the territorial jurisdiction of Sonipat, Palwal and Jhajjar. These three districts lie adjoining the national capital.