The government's order said that the suspension of services was necessary for maintaining public safety and averting a public emergency. The order was approved by Union Home Secretary and was issued under Section 7 of the India Telegraph Act. Thousands of protesting farmers took out a tractor march in several areas of Delhi. 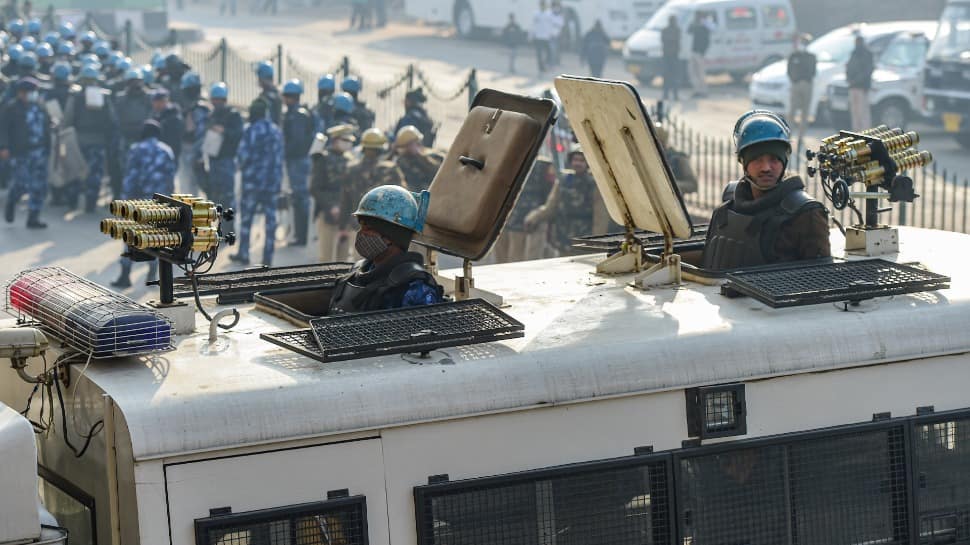 New Delhi: The Ministry of Home Affairs on Tuesday (January 26, 2021) temporarily suspended the internet services in some parts of the national capital after farmers' tractor rally turned violent.

The government's order said that the suspension of services was necessary for maintaining public safety and averting a public emergency.

It read, "In the interest of maintaining public safety and averting public emergency, it is necessary and expedient to order, the temporary suspension of internet services in the areas of Singhu, Ghazipur, Tikri, Mukarba Chowk and Nangloi and their adjoining areas in NCT of Delhi till 23:59 hours on January 26."

The order was approved by Union Home Secretary and was issued under Section 7 of the India Telegraph Act, 1885. 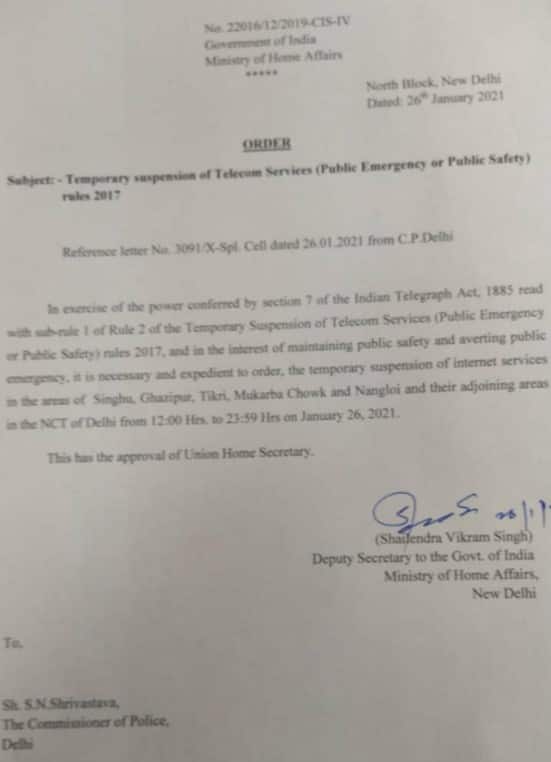 This comes following the violent protests during the tractor rally that was held by the agitating farmers on the occasion of the 72nd Republic Day to oppose the centre's new farm laws. Thousands of protesting farmers camping at the Singhu and Tikri border points of Delhi took out a tractor march in several areas of the national capital.

According to PTI news agency, when the farmers tried to deviate from the pre-agreed route to enter Delhi during their tractor march, the Police resorted to baton charge and fired tear gas shells at them. The farmers also breached the barricades and entered the Red Fort complex, following which they also hoisted flags. 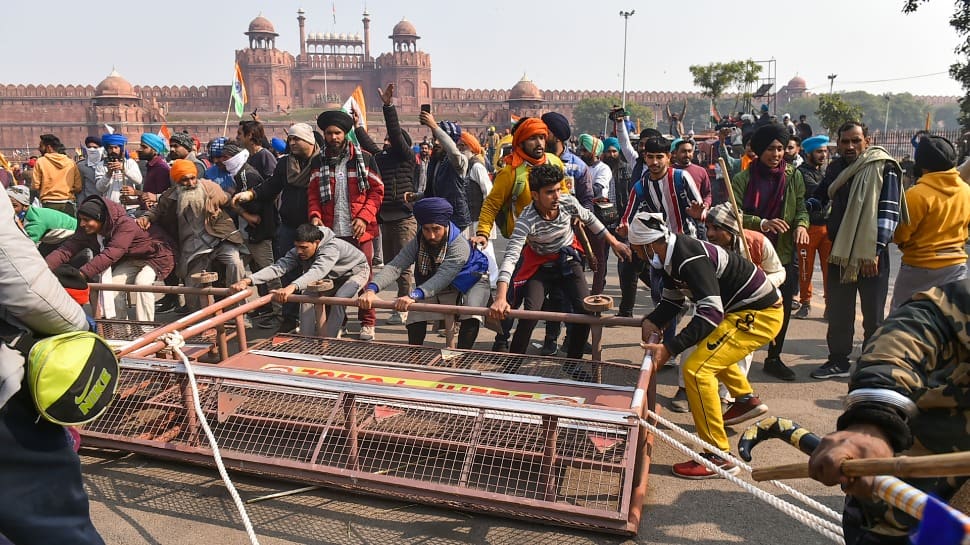 Besides the traffic diversion by the Delhi Police, several entry and exit gates of the Delhi Metro have also been closed on the yellow, green, violet and blue lines.