Triple talaq: AIMPLB says will do away with practice in 18 months, no need for govt intervention

The All India Muslim Personal Law Board (AIMPLB) on Tuesday said that practice of triple talaq will be phased out in eighteen months. 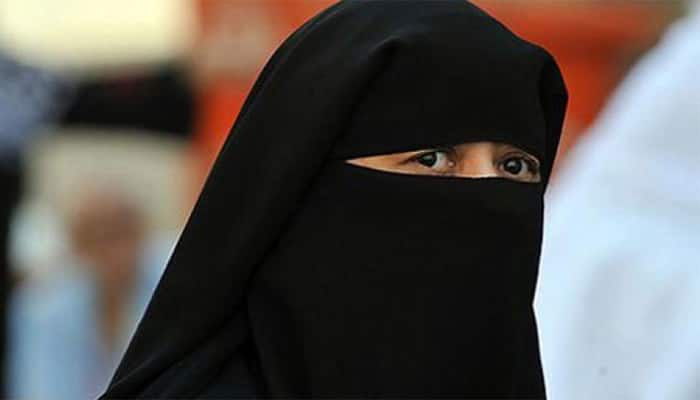 New Delhi: The All India Muslim Personal Law Board (AIMPLB) on Tuesday said that practice of triple talaq will be abolished in 18 months.

The statement was given by AIMPLB vice president Dr Sayeed Sadiq.

While commenting on the contentious issue, Dr Sadiq said that AIMPLB will do away with triple talaq and there is no need for government's interference.

Interestingly Sadiq's statement comes two days after AIMPLB claimed that the Muslim community has a low rate of divorce and that it has received 3.50 crore forms from Muslim women around the country favouring Shariyat and triple talaq.

Meanwhile, over a million Muslims from across India, have called for the end of controversial divorce practice of triple talaq.

A petition started by the Muslim Rashtriya Manch (MRM), an Islamic organisation affiliated with the Rashtriya Swayamsevak Sangh (RSS), calling for the abolition of triple talaq, has received signatures of more over a million Muslims from across India with women in majority.

Several women have filed a petition before the Supreme Court seeking the quashing of the triple talaq practice.

Triple talaq, 'nikah halala' and polygamy violate Muslim women's right to equality and dignity and are not protected by the right to profess, practise and propagate religion under Article 25(1) of the Constitution, the Centre told the Supreme Court on Monday.

During the earlier hearing, the AIMPLB had strongly opposed the pleas challenging triple talaq, 'nikah halala' and polygamy among Muslims in the apex court.

While putting forward its arguments before the apex court bench, the AIMPLB had said that triple talaq mode of divorce can't be termed illegal as “if such casual denunciation of the verses of the holy book is permitted, then soon Islam would cease to exist.”

The Board said the plea challenging the practices like the polygamy were not maintainable as the issues fell outside the realm of judiciary.

AIMPLB further contended that divorce is a private matter and it cannot be enforced by bringing it under the ambit of fundamental rights.

Under the triple talaq, a Muslim man can instantly divorce his wife by repeating 'talaq' thrice. As per 'nikah halala', a woman divorcee, has to marry someone else and consummate this marriage before getting a divorce to remarry her earlier husband.

Describing triple talaq, 'nikah halala' and polygamy as repugnant to the guarantee of secularism -- an essential feature of the Indian Constitution -- the Centre on Monday said that lopsided development and pockets of social backwardness is not in the larger interest of the integrity and development of the nation.