Triple talaq: Asaduddin Owaisi takes a dig at PM Narendra Modi, asks for justice for 'our bhabhi' in Gujarat

AIMIM MP Asaduddin Owaisi today took a dig at PM Modi and asked him to ensure justice to 20 lakh abandoned women, including the latter's wife. 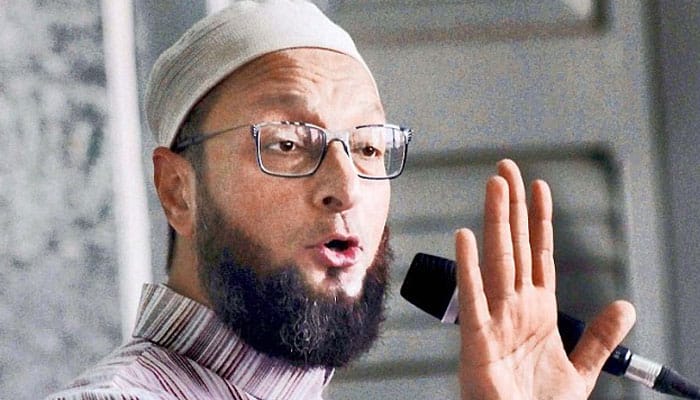 PM Narendra Modi got married to Jashodaben at a young age but the two have not been living together for a long time.

Taking a dig at the PM, the Hyderabad MP said, ''Justice should be also done to 20 lakh abandoned women from all religions, including our 'bhabhi' in Gujarat."

Maintaining that not enough consultation was done on the bill, Owaisi said, ''This will be an injustice to Muslim women... Make a law where the 20 lakh women from other religions who have been abandoned, which also includes our 'bhabhi' in Gujarat... They should be given justice."

He also questioned the need to formulate a new law for this because an existing law on domestic violence tackled the matter.

The AIMIM leader also questioned how a victim would get compensation if her husband is sent to jail.

"There is an absence of consistency with the existing legal framework. The bill says the husband will be sent to jail, and it also says he will have to pay allowance... How can a person in jail pay allowance," he said, referring to the provision that a woman given triple talaq will have the right to seek maintenance.

He also claimed that the bill is not required as triple talaq is already illegal in the country.

Owaisi made the statement on the floor of the House as the government tabled the bill in Lok Sabha.

He had earlier given the notice for opposing the introduction of Muslim Women (Protection of Rights on Marriage Bill) 2017 in Lok Sabha.

The Bill, which seeks to criminalise the practice of triple talaq, was tabled in Parliament by Union Minister Ravi Shankar Prasad this morning.

As per the draft bill, "Any pronouncement of talaq by a person upon his wife, by words, either spoken or written or in electronic form or in any other manner whatsoever, shall be void and illegal".

There is also a provision of imprisonment for a term, which may extend to three years and fine for violators. The draft bill also envisages entitling divorcee Muslim women for maintenance.

It has a provision for the divorced Muslim women to have the custody of their minor children. The offences under the purview of this bill will be cognisable and non-bailable.

The Bill shall extend to the whole of India except Jammu and Kashmir.

Who chose All India Muslim Personal Law Board to represent Muslims? MJ Akbar on triple talaq