The US will be sending a large delegation for the Raisina dialogue, an annual multi lateral conference organised by the Observer Research Foundation think thank, in New Delhi. 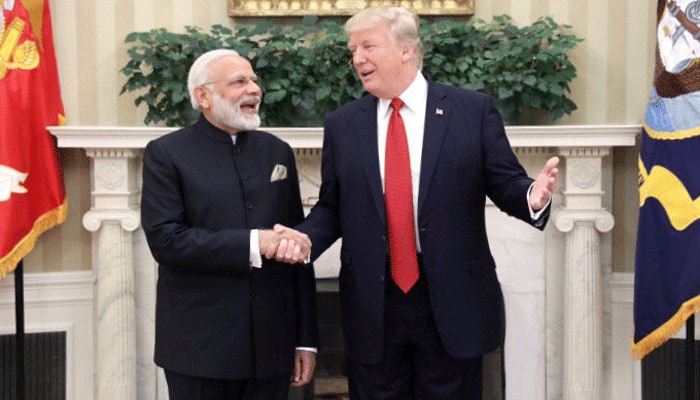 Sources told ANI that the US-India relations continue to be on a positive trajectory even at the diplomatic level - referring to a special expedited service provided for the newly appointed Ambassador of India to the United States, Harsh Vardhan Shringla."An extraordinary effort from the Trump administration that has gone an extra length to make sure that the Indian ambassador is functional within 48 hours after his arrival. Something that has never happened before," the source said.A credential ceremony has been scheduled for more than 10 countries including India on January 11 at the White House, marking the beginning of the official period of Ambassadorship.

The source said that the reason for the swift clearance can be the new quality of relationship between the two democracies. "It shows the new trust and eagerness that highlights the positive traction between the two democracies" the official added.The official further stated, "India is getting a lot of US attention, even though this span of attention may vary from time to time, the level of attention is very high.

Despite the government shutdown in the United States the official delegation from the Trump Administration will be the largest and the two countries will be engaging in bilateral conversation including a mini 2+2 dialogue.During the telephonic conversation, both Prime Minister Modi and President Trump expressed satisfaction over the progress in India-US strategic partnership in 2018. They appreciated developments, including the launch of the new 2+2 Dialogue mechanism, and the first-ever trilateral summit between India, the US and Japan at the sidelines of G20 summit held in Argentina last year.

The leaders agreed to strengthen U.S.-India strategic partnership in 2019 and exchanged perspectives on how to reduce the U.S. trade deficit with India, expand security and prosperity in the Indo-Pacific, and increase cooperation in Afghanistan.The two leaders took positive note of growing bilateral cooperation in defence, counter-terrorism, energy and coordination on regional and global issues.They also agreed to continue to work together for further strengthening of bilateral relations between the two countries in 2019.