Two terrorists were killed by security forces at Waghama area of Anantnag in Jammu and Kashmir on Tuesday (June 30) morning. 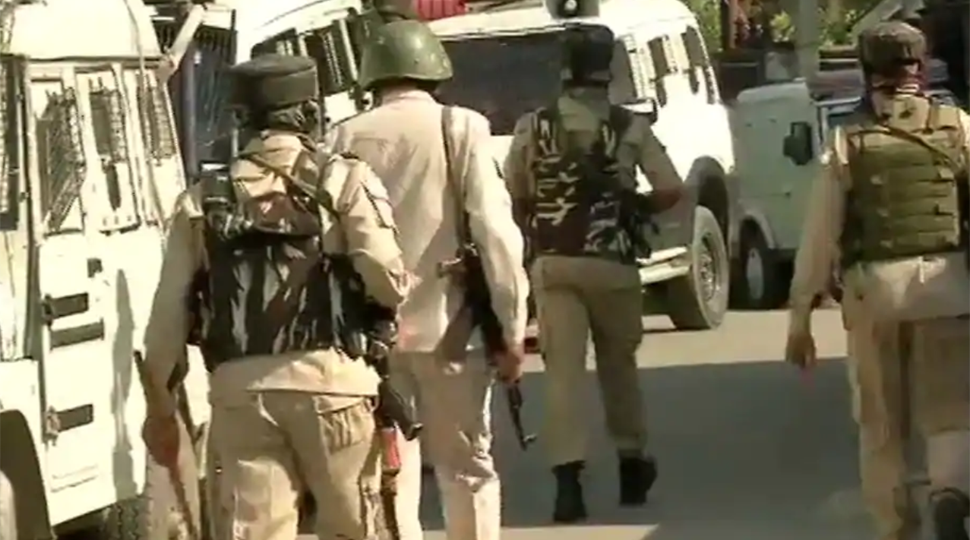 Two terrorists were killed by security forces at Waghama area of Anantnag in Jammu and Kashmir on Tuesday (June 30) morning. The security forces were yet to ascertain the identity of the killed terrorists. Search operation is still underway in the area.

According to police, the killed terrorists were those who attacked a CRPF patrol party on June 26 at Padsahi Bagh killing one CRPF personnel and a 5-year-old boy.

A police official said that a joint team of Jammu and Kashmir police, 3 Rashtriya Rifles and CRPF launched a cordon and search operation on specific input about the presence of terrorists in the area.

As the joint team of forces cordoned the suspected spot, the hiding terrorists opened fire on them, forcing the security forces to retaliate which started the encounter.

Sources claimed that two to three terrorists are believed to be trapped in the area.

This was the 14th encounter in South Kashmir in June. A total of 36 militants have been killed in this month so far.

On Monday (June 29), three terrorists were killed in an encounter with security forces at Khulchohar area of Anantnag district in Jammu and Kashmir. With the encounter of these three terrorists, the number of terrorists eliminated in Valley in this year so far has gone to 116 including 7 operational commanders of  different terror outfits.