Shiv Sena chief Uddhav Thackeray is the Nationalist Congress Party-Congress choice for the post of Maharashtra chief minister. The announcement about Uddhav Thackeray was made by NCP chief Sharad Pawar on Friday (November 22) evening following his meeting with Congress and Shiv Sena leaders. 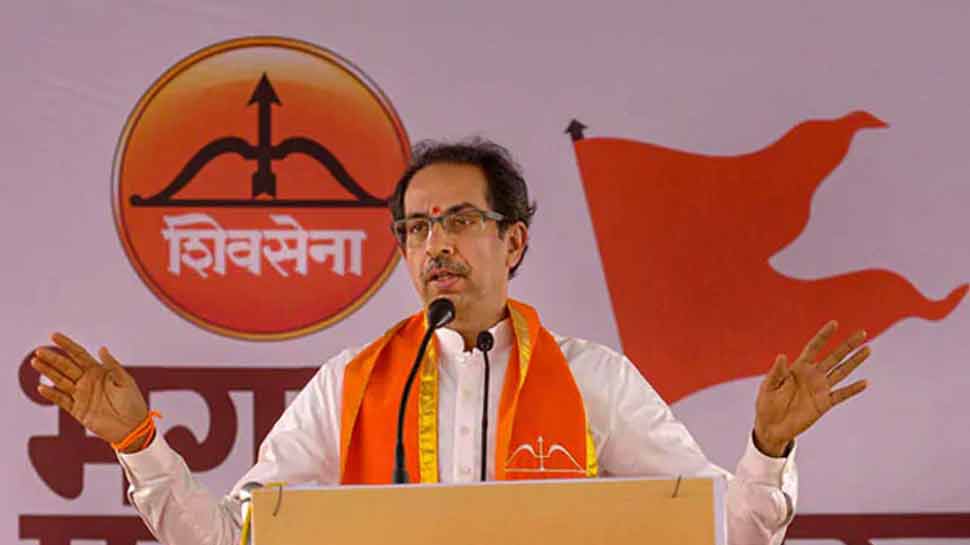 Shiv Sena chief Uddhav Thackeray is the Nationalist Congress Party-Congress choice for the post of Maharashtra chief minister. The announcement about Uddhav Thackeray was made by NCP chief Sharad Pawar on Friday (November 22) evening following his meeting with Congress and Shiv Sena leaders.

Pawar's announcement that the NCP-Congress combine wants Uddhav Thackeray as the chief minister signalled that Maharashtra would finally have a government almost one month after the Assembly election results were declared on October 24.

But the Shiv Sena chief is yet to agree to the NCP-Congress proposal. "We held a very positive discussion with the two parties and agreed on most of the issues, but there are a few issues on which we have to find a way ahead. We will do a formal announcement on the government formation once all the issues are discussed and agreed upon," declared Uddhav.

His brief statement perhaps expresses his dilemma of taking over the reins of Maharashtra even though he has emerged as the consensus candidate for the chief minister's post. All the MLAs of his own party have also backed him for the post. The NCP and Congress have also told Shiv Sena leaders that Uddhav Thackeray will be more acceptable to them as Chief Minister.

But the answer to why is the Sena chief not yet ready to take over as Maharashtra chief minister lies in the politics of Shiv Sena. The Shiv Sena is more of an individual driven party, which its founder Balasaheb Thackeray ran single-handedly. His command was ideology as well as rule for the party.

The Shiv Sena has been an organization rather than a political party, as it has several times in the past deviated from democratic norms. Vandalising the Board of Control for Cricket in India (BCCI) office, digging the Wankhede Stadium pitch to foi l India-Pakistan cricket match, and protests against Valentine's Day or against certain films.

The aura of Thackeray surname in the organisation and among its traditional voters has been a source of energy to them. The Thackeray persona has to be strong, and one which cannot bow down, or be blackmailed.

On the contrary, political history is a witness that chief ministers running a coalition government have to make several compromises during their tenure to save their chair and sometimes bow down to the dictates of smaller parties. This was also the reason why late Balasaheb Thackeray did not opt to become chief minister in 1995, and ran the state government with a remote control.

It is perhaps because of these reasons that Uddhav is not ready to become the chief minister with the support of NCP-Congress. He knows well that the Congress, with a history of destabilising governments by pulling back the support, and the machiavellian Sharad Pawar would together or even alone pressure him for their demands. He might be able to manage the survival of his government, but he will certainly lose the aura of "Thackeray family" besides losing the respects that he commands from his traditional voters.

Uddhav's health is also not in his favour. He has undergone angioplasty twice, and his health does not permit him to spare 15-16 hours for daily work that as a chief minister he will be required to do.

NCP and Congress have already vetoed Uddhav's son Aditya for being too junior. In such a situation, it would be a difficult choice for the Sena chief to take up the responsibility. But Uddhav has a choice. Anyone sitting on the chief minister's chair can be remote controlled by him. If ever the situation changes, he will be able to change the chief minister or renounce power to protect his aura.

By not agreeing to the NCP-Congress proposal, Uddhav appears to have managed to protect himself from future political attacks, and has also increased his stature in the eyes of his cadres.