Omar Abdullah asked people to refrain from indulging in violence while Mehbooba Mufti assured that all Kashmiris are united. 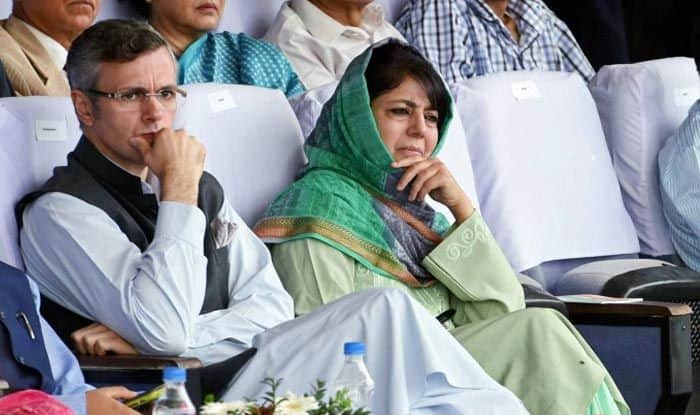 Amid reports that former Jammu and Kashmir chief ministers Mehbooba Mufti and Omar Abdullah have been placed under house arrest, the two leaders took to microblogging site Twitter asking people of Kashmir to stand united in the current situation.

In a late-night tweet, Abdullah said that “we don’t know what is in store for us”, adding, “I believe I’m being placed under house arrest.” The National Conference leader urged people to stay calm and do not resort to violence under any condition.

“Violence will only play in to the hands of those who do not have the best interests of the state in mind. This wasn’t the India J&K acceded to but I’m not quite ready to give up hope yet. Let calm heads prevail. God be with you all,” read a tweet by Abdullah.

He also reached out to those living in Kargil, Ladakh and Jammu, saying though he does not know what is in store for the state, but feared that “it doesn’t look good”.

“While I’ve been focused on Kashmir I must add a word for people in Kargil, Ladakh & Jammu. I’ve no idea what is in store for our state but it doesn’t look good. I know many of you will be upset by what unfolds. Please don’t take the law in to your own hands, please stay calm,” the National Conference leader tweeted.

He further said, “To the people of Kashmir, we don’t know what is in store for us but I am a firm believer that what ever Almighty Allah has planned it is always for the better, we may not see it now but we must never doubt his ways. Good luck to everyone, stay safe & above all PLEASE STAY CALM.”

Peoples Democratic Party chief Mehbooba Mufti also questioned the “house arrest” of “elected representatives”, alleging that “people and voices” in the state were being “muzzled”.

She said, “How ironic that elected representatives like us who fought for peace are under house arrest. The world watches as people & their voices are being muzzled in J&K. The same Kashmir that chose a secular democratic India is facing oppression of unimaginable magnitude. Wake up India.”

Mehbooba assured the people that every Kashmiri stood united, adding that “Nothing should break our resolve to strive for what’s rightfully ours”. “In such difficult times, I’d like to assure our people that come what may, we are in this together & will fight it out,” read her tweet.

Targeting Prime Minister Narendra Modi-led NDA government at the Centre, Mehbooba said, “Those who’re  celebrating the situation here are ignorant about the far reaching consequences of any unilateral action that’ll taken by GOI.”

She further recalled the tenure of Atal Bihari Vajpayee as the Prime Minister of the country, saying, “Vajpayee ji despite being a BJP leader empathised with Kashmiris & earned their love. Today we feel his absence the most.”