The Indian Army on Saturday termed media reports casting aspersions on how the soldiers injured during the Galwan Valley clashes in eastern Ladakh last month were being treated at the General Hospital at Leh as ''unfortunate and malicious.'' 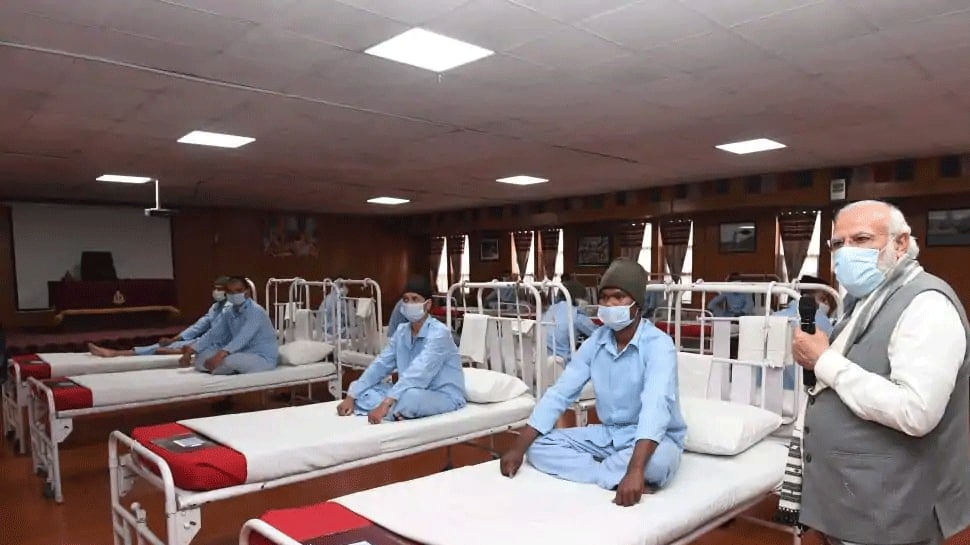 New Delhi: The Indian Army on Saturday (July 4, 2020) termed media reports casting aspersions on how the soldiers injured during the Galwan Valley clashes in eastern Ladakh last month were being treated at the General Hospital at Leh as ''unfortunate and malicious.''

Issuing a clarification in this regard, the Indian Army said that there have been "malicious and unsubstantiated accusations" regarding the state of the facility visited by Prime Minister Narendra Modi during his visit to the General Hospital at Leh on Friday (July 3).

"It is unfortunate that aspersions are being cast on how our brave Armed Forces are treated. The Armed Forces give the best possible treatment to their personnel," the Army said in the statement.

The Army further clarified that “the facility is part of the crisis expansion capacity of 100 beds and is very much part of the General Hospital Complex.”

The statement added, "The COVID-19 protocol had necessitated some wards of the General Hospital to be converted into isolation facilities. Hence, this hall which otherwise was normally used as a Training Audio-Video Hall was converted into a ward ever since the hospital was also designated as COVID treatment hospital."

It further noted that the soldiers who were injured in the violent confrontation with China on 15 and 16 June were kept in the make-shift ward since their arrival from the Galwan Valley to ensure quarantine from COVID areas. The Chief of Army Staff General MM Naravane and the Army Commander also visited the injured soldiers in the same location.

The clarification from the Indian Army came a day after Prime Minister Narendra Modi made a surprise visit to Leh to review the situation at the LAC and later met the injured soldiers at the General Hospital at Leh on Friday.

While interacting with them, PM Modi told them that their bravery will be a “source of inspiration for times to come" and added that 130 crore Indians are proud of them.

"Our country has never bowed down and will never bow down to any world power, and I am able to say this because of braves like you," the Prime Minister said while interacting with the injured soldiers.

"We will never bow down to any power of the world, said the Prime Minister in a veiled reference to China.

In a massive escalation of India-China border tension, 20 Indian soldiers have been killed during a "violent face-off" with Chinese troops across the Line of Actual Control (LAC) in sensitive Galwan Valley in eastern Ladakh on 15 June's night, the Indian Army said.

Since then, both sides have been involved in talks to ease the ongoing border tensions since last month.