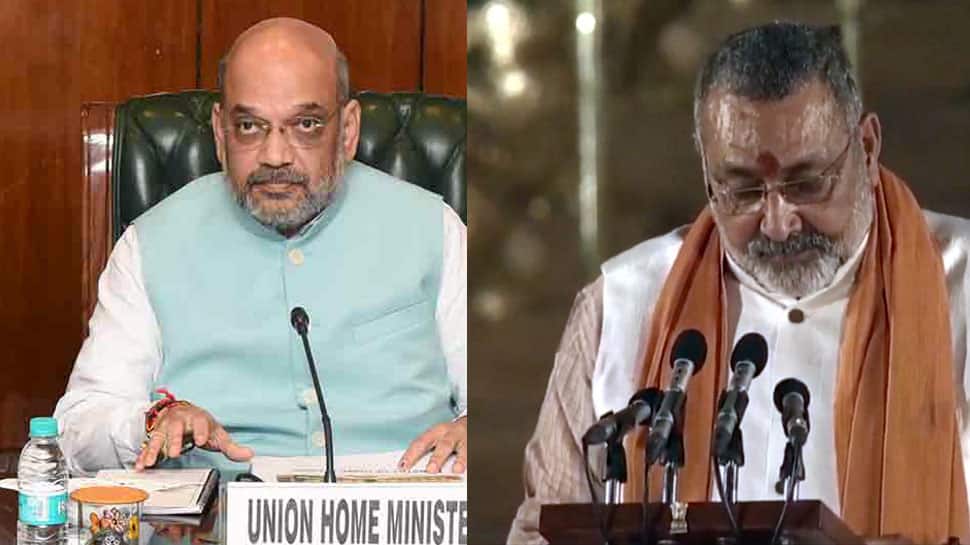 Singh said it would have been “beautiful” had the pictures been of Navratri and not an Iftar party. The BJP leader questioned as to why leaders lag behind in their own religion and instead indulge in “pomp and show”. "How beautiful would the picture have emerged, had phalahaar (a fruit feast) been organised during Navaratra with the same fervour with splendid photographs taken. Why do we lag behind in observance of our own karm-dharm (religious customs) in public, while staying ahead in pretension," he tweeted in Hindi.

In the pictures, the alliance leaders--Nitish Kumar, Paswan, his son Chirag Paswan and Sushil Modi--could be seen having a good time at the iftar party. This triggered a war of words between the Janata Dal-United (JDU) and the Bharatiya Janata Party (BJP).

Reacting to the Singh's tweet, Shah admonished Singh for attacking the NDA leaders and warned him from making such statements in the future. Bihar CM Nitish Kumar also criticised Singh saying that people like him issue controversial remarks with an aim to remain in news. "Some people speak in such a manner so you people can make news out of their statements," said the CM.

Hitting back at Giriraj Singh, JDU spokesperson Neeraj Kumar defended Nitish Kumar for attending the event, saying that the country runs as per the provisions of the Constitution, which gives the right to follow and practice all religions. “The country is governed by the provisions of the Constitution, and it provides an equal right to follow and practice any religion or caste. Bihar is the first state which gives equal respect to everyone. Real citizens are those who follow the Constitution,” said Neeraj Kumar.

JDU MLC Gulam Rasool also targeted Giriraj Singh, saying the BJP leader liked every photograph of the Bihar Chief Minister before the Lok Sabha election but is not feeling the same way after the polls. “Those who insult Nitish Kumar will not be able to pursue their political journey with respect. Every attempt to decimate Nitish Kumar will be decimated,” said Rasool. He further said, “People of Bihar trust just one face – Nitish Kumar. Victory in Bihar is because of the brotherhood promoted by Nitish Kumar. If someone forcibly takes the credit for the win, what can we do?”