In an exclusive interview to Zee News' Ravindra Kumar, Sakshi Maharaj says the state government acted promptly once the Unnao gangrape case was brought to it. He adds CBI will now decide what course the case takes. 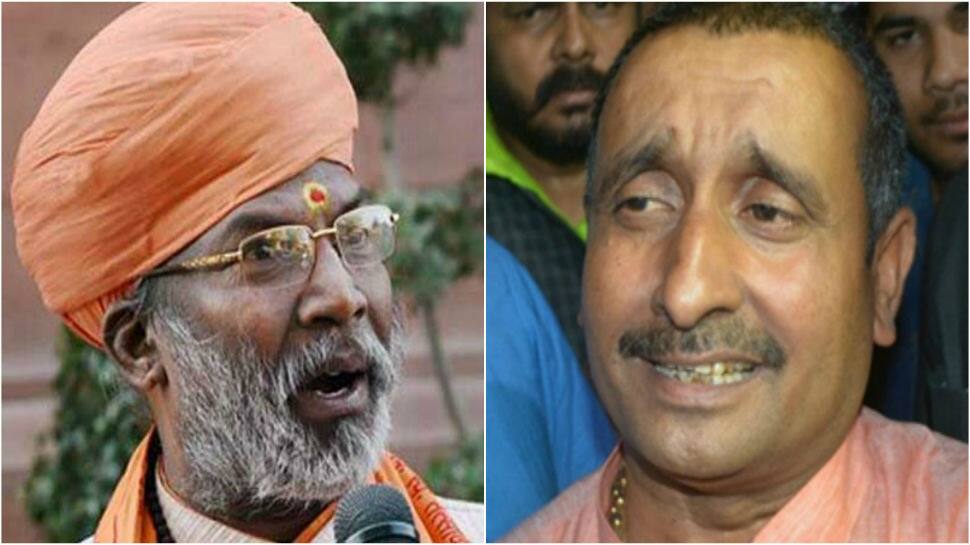 New Delhi: At a time when Yogi Adityanath's UP government, local administration and state police is facing enormous flak for a shoddy investigation into the Unnao gangrape case, Unnao MP Sakshi Maharaj has countered deflected the blame from the CM. In an interview to Zee News on Friday, he said that immediate action was taken once the matter was brought to the notice of Adityanath.

Following are excerpts from the interview with Zee News' Ravindra Kumar.

Q: Why was there a delay in the arrest of BJP MLA Kuldeep Singh Sengar?

A: There has been a delay. But you cannot blame the delay on the state government. The administration may be the reason. The moment the rape survivor met the CM, he constituted a Special Investigation Team (SIT). This is the first instance when an SIT submitted its report in 12 hours and in the 13th hour, the matter was given to Central Bureau of Investigations (CBI). The CBI has made the arrest. Now CBI will do what it has to do.

Q: You are an MP from Unnao. The accused is an MP from your constituency. He has been accused of rape, the survivor's father is dead. The image of the party has taken a hit. Were there attempts to save him?

A: To accuse and to prove accusations are different. He has been accused. The CM and the government has, without delay, handed over the matter to CBI. CBI will reveal the truth, whoever is guilty won't be spared.

Q: Rahul Gandhi has held a candle-light march. Congress has accused that the government came to power after highlighting the issue of respect for women but women are being abused?

A: After suffering defeat in the 2014 (Lok Sabha) elections and then again in several other elections, Rahul Gandhi, Congress and the entire opposition has lost it. They speak without any context. They eat Chhole Bhature and then do drama of fasting. We held a fast yesterday in the hopes it would give them some sense.

Q: Rape cases are being seen from a religious perspective. What has religion got to do with rape cases?

A: Crimes have happened always. There are always good and bad people. But it becomes dangerous when the victim does not get justice. Our government has always tried to ensure that victims get justice and that he/she does not feel that a wrong has been done.

Q: Why can't rapists be hanged?

A: If the charges are proven, the punishment will be decided by CBI, not the government.

Q: Will the accused MLA be removed from the party?

A: I am but a small soldier of the party. In this matter, the party chief and Adityanath will take a decision. 2019 (Lok Sabha elections) are in front of us. What image is being created and what is needed to fix it will be decided by the (BJP's) national leadership. Sakshi Maharaj cannot take a decision on whether the MLA should be removed or not.