During the hearing today, the court asked the advocate representing Sengar to produce nomination papers submitted with Election Commission during the 2017 assembly elections in Uttar Pradesh. 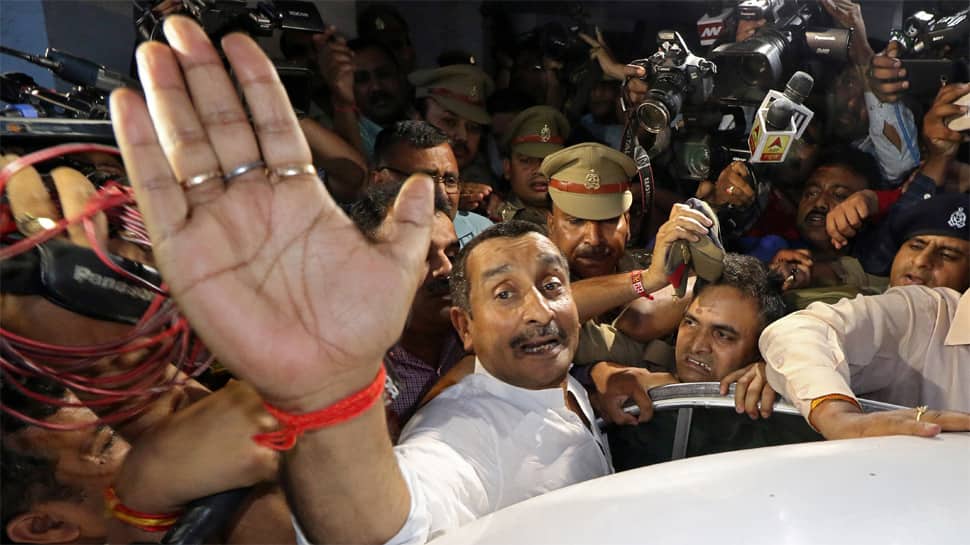 New Delhi: New Delhi's Tis Hazari court on Tuesday (December 17) deferred argument on the sentence of rape-accused BJP MLA Kuldeep Singh Sengar till December 20. The court will take the neat hearing on the matter at around 12 noon, said reports.

During the hearing today, the court asked the advocate representing Sengar to produce nomination papers submitted with Election Commission during the 2017 assembly elections in Uttar Pradesh.

Sengar, who is a Bangarmau MLA, has been held guilty by the court of abducting and raping a minor girl at his residence in Unnao in June 2017, where she had gone seeking a job. The four-time BJP MLA was arrested last year and is currently lodged in Tihar jail.

On December 16, the Delhi's Tis Hazari District Judge Dharmesh Sharma observed in the order that, "the CBI was able to prove the guilt of Kuldeep Singh Sengar beyond a reasonable doubt."The co-accused Shashi Singh, who allegedly took the minor to Sengar, has been afforded the benefit of doubt and let out by the court."

The court also expressed displeasure with the Central Bureau of Investigation (CBI) for the delay in filing the charge sheet, which was filed on October 3. It revealed that the girl was allegedly kidnapped and raped for nine days at different places by three persons when she was a minor in 2017.

A day-to-day hearing was conducted into the case after it was transferred from Uttar Pradesh to the national capital on the directions of the Supreme Court, earlier this year after the rape survivor`s car met with an accident in which two of her aunts were killed.

The rape survivor and her lawyer had also sustained grievous injuries in the accident, and the family had alleged foul play.

The girl was airlifted to Delhi`s All Indian Institute of Medical Science (AIIMS) following the car crash. A special court was held there to record her statement. Another counsel representing the rape survivor, Poonam Kaushik, told ANI that the court has issued a notice in the accident case and the matter will be heard in January.

Meanwhile, the court acquitted Sengar's co-accused Shashi Singh who was accused of taking the rape victim to the MLA's house on the pretext of providing her job. The judge observed: "The role of Shashi Singh is in doubt. It is clear that she had taken the girl to the spot. But she didn't know that the incident will take place. Because of powerful clout and the influence of Senger on police."