UP panchayat election 2021: Over 60 per cent votes cast in the first phase of polling

In the first phase of panchyat polls, more than 3.33 lakh candidates were in the fray in over 2.21 lakh seats for the posts of Zila panchayat (district council) members, kshetra (block) panchayat members, village panchayat heads, and wards. 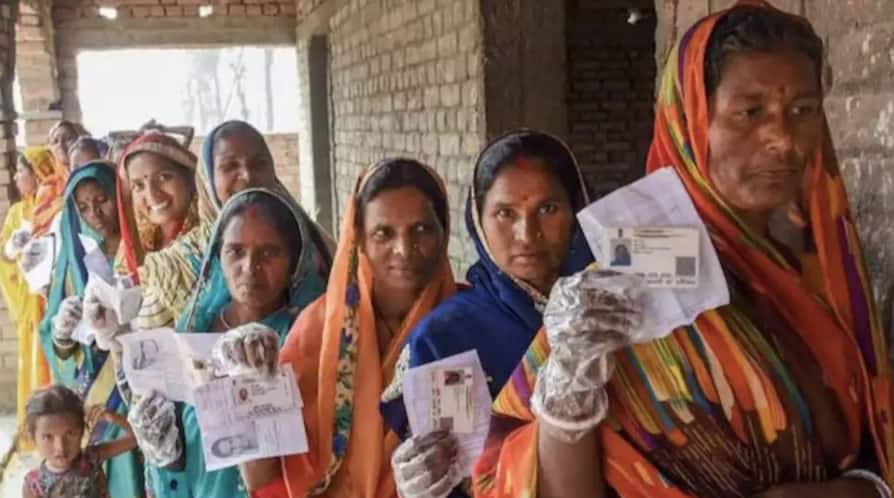 Lucknow: The first round of the four-phased Uttar Pradesh panchayat elections on Thursday (April 15) till 5 pm, with an hour of polling, still remaining, witnessed over 60 per cent of polling. According to the State Election Commission, four people suffered minor injuries in a clash between two groups at a booth in Agra, but the polling was largely peaceful in the state.

In the first phase of polls, more than 3.33 lakh candidates were in the fray in over 2.21 lakh seats for the posts of Zila panchayat (district council) members, kshetra (block) panchayat members, village panchayat heads, and wards.

SSP (Agra) Muniraj told reporters that eight people have been arrested so far and further probe is on. District Magistrate Prabhu Narayan Singh, however, said that he would request for repolling at the affected booth.

The woman died before she could be rushed to hospital, the ASP said, adding that the exact cause of her death could be ascertained after post-mortem.

Notably, the panchayat polls are also seen as a semi-final to the 2022 state assembly election.

Apart from parties like the BJP, Bahujan Samaj Party, Samajwadi Party, and the Congress, among those in the race are the AIMIM, Aam Aadmi Party, and Bhim Army chief Chandra Shekhar Aazad's Azad Samaj Party, which are making their debut in the state. The AIMIM is contesting the polls with the Suheldev Bhartiya Samaj Party.

The voting for the second phase will be on April 19, the third on April 26, and the fourth phase on April 29, while the votes will be counted on May 2 along with the assembly election results of five states.

The voting percentage in all 18 districts till 5 pm is given below. Jhansi district witnessed the highest polling (69.75%) and the lowest was at Shravasti (53.80%).