UP Police deputes over 20,000 teetotaller and vegetarian cops for Kumbh Mela in Prayagraj 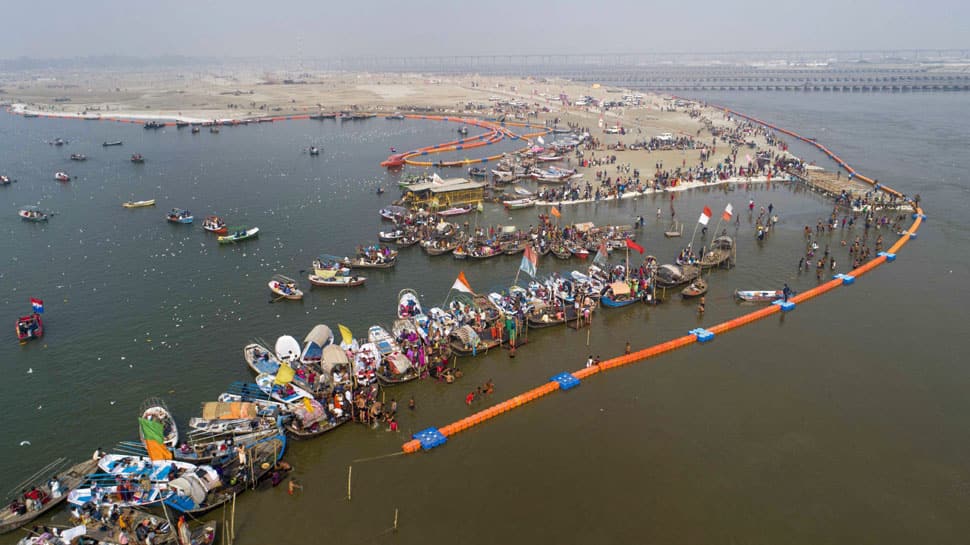 The preparations for the Kumbh Mela, slated to begin in Prayagraj on January 15, are in full swing. Besides other authorities and agencies, the Uttar Pradesh Police is also involved in making all arrangements to make the Kumbh Mela hassle free and secure.

Speaking to Zee News, Deputy Inspector General of Uttar Pradesh Police, KP Singh, said that only those police personnel, who are teetotaller and do not consume non-vegetarian food, have been involved in Kumbh Mela security.

According to the police official, as many as 20,000 such police personnel have been involved in the security preparations for Kumbh Mela, which is expected to attract lakhs of devotees to the holy town of Prayagraj, which was till recently called Allahabad.

Singh further told Zee News that all devotees visiting Prayagraj during Kumbh Mela must keep their identity cards handy. He also advised the devotees to keep with them mobile number of a family member, who could be contacted in case of emergency. This will help the police officials in conducting smooth security verification.

During the Kumbh Mela, millions of pilgrims including naked, ash-smeared ascetics, will bathe at the confluence of the Ganges, the Yamuna, and a mythical third river, the Saraswati.

Devout Hindus believe that bathing in the waters of the Ganges absolves people of sins and bathing at the time of the Kumbh brings salvation from the cycle of life and death.