The letter, which has surfaced on social media, alleges that station officer Vinay Tiwari had got a serious charge against Dubey dropped. 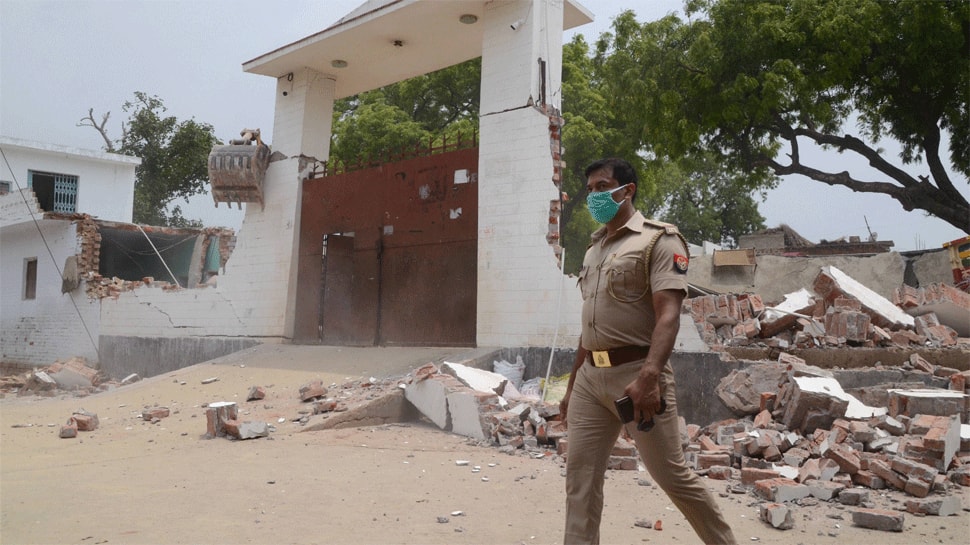 Kanpur: The Uttar Pradesh Police on Monday (July 6) said they are probing into the allegations made in a purported letter that DSP Devendra Mishra wrote weeks before his death, alleging links between the now suspended Chaubeypur station officer and gangster Vikas Dubey.

The letter, which has surfaced on social media, alleges that station officer Vinay Tiwari had got a serious charge against Dubey dropped.

Billhaur Circle Officer Devendra Mishra was among the eight policemen killed in an ambush by the gangster henchmen at Bikru village near Kanpur early Friday morning.

Police suspect that Vinay Tiwari may have tipped off Dubey that a police team was on its way to arrest him.

The letter supposedly written by Mishra carries no serial number or date but a senior officer indicated that police are looking into the allegations.

Kanpur Range IG Mohit Agarwal said they have sought the file from the SSP office.

"We came to know about the seriousness of the allegations through the media. We will verify these and appropriate action will be taken. Let us understand the entire incident and then we will brief you with the action," he told reporters here.

He said," Speak to the local authorities about the letter. I will not comment on this."

According to the letter, the then Billahur Circle Officer Devendra Mishra had supposedly wrote that Dubey was booked on charges of rioting, extortion and criminal intimidation in a case.

The dead DSP had instructed Tiwari to take strict action against hardened criminals like Dubey, it said.

When no action was taken in the case, the letter says Mishra made an inspection at the police station and found that the investigation officer, Sub-Inspector Azhar Ishrat, had dropped IPC Section 386 (extortion by putting a person in fear of death or grievous hurt) against Dubey.

The SI said the section was removed on Vinay Tiwari's order, the letter said.

The letter as it appeared on social media said, "Showing sympathy to such a notorious criminal in such a way by the station officer and not taking any action brings the integrity of Vinay Tiwari into question."

It mentioned that it has come to light from other sources that Tiwari used to visit and had a regular talk with Vikas Dubey.

If the station officer does not change his style of working, then a serious incident could happen, Mishra's alleged letter to the SSP said.

Hence, it is recommended to take action in connection with the removal of IPC Section 386 and not taking any action till now (in the case), it said.

Special Report: UP CM Yogi Adityanath announces to set up country's ‘most beautiful and biggest' film city in Noida

Video: Today is a very important day in Sushant case, cause of death may be revealed