The 'shocking' ambush of a police team at Bikru village in Kanpur that left at least 8 cops dead and seven injured has raised suspicion if some police personnel tipped off notorious gangster Vikas Dubey about the raid. 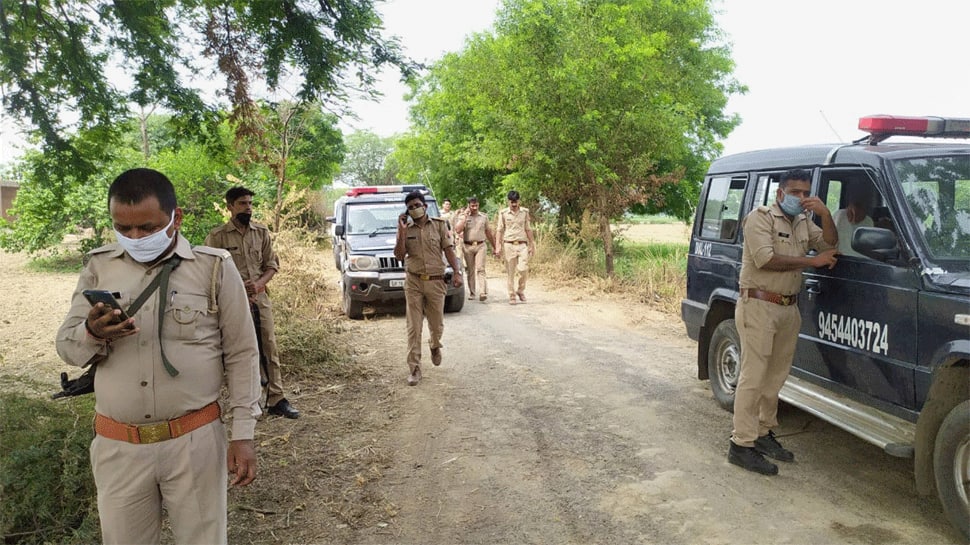 Kanpur: The 'shocking' ambush of a police team at Bikru village in Kanpur that left at least 8 cops dead and seven injured has raised suspicion if some police personnel tipped off notorious gangster Vikas Dubey about the raid.

UP DGP Hitesh Chandra Awasthi stated that the Kanpur encounter incident was a well-planned conspiracy and assured that the police will solve the matter soon and the accused will be brought to justice.

The police suspect Chaubepur SO Vinay Tiwari of tipping-off Dubey's men about the raid. Tiwari was detained by the police on July 3 evening and is being grilled about his role in the incident.

According to a report, Tiwari had in the past refused to register a victim's complaint against Vikas Dubey. On July 3, at the time of the raid, Tiwari was said to be lagging behind the team, thus raising ground for suspicion.

Meanwhile, at least 100 teams of police have been deployed in the area to conduct a search to nab criminals. The border areas of Lakhimpur Kheri that lead towards Nepal has also been sealed as police suspect the Dubey may flee to Nepal to evade arrest. Police also suspect that he may be hiding in Madhya Pradesh's Chambal ravines.

A police team comprising of 15-16 personnel came under sudden heavy fire in the wee hours on July 3 when they had gone to Kanpur's Bikru village to arrest Vikas Dubey in a new case of attempted murder. Officials said that Dubey's men apparently were notified of the alert and were prepared with arms to attack the police team. They also had the road blocked by heavy earthmoving equipment. When policemen stepped out of their vehicles, they faced a hail of bullets.

The attackers fled, snatching weapons from the dead and the wounded policemen. Police then sealed the entire area and began a combing operation, which led to another encounter with Dubey's men in Nivada village. There, police killed Prem Prakash and Atul Dubey, and recovered a snatched pistol.

Police claimed that Dubey has been involved in about 60 cases. But details obtained from officials indicate that he has been not been convicted in cases like murder.

He was the prime accused in the murder of BJP leader Santosh Shukla inside the Shivli police station here in 2001, according to an official. "Dubey had instilled so much fear in everyone that even after being accused of murdering a BJP leader having the status of minister of state, not even a single police officer gave a statement against him," alleged the official who did not want to be named.

"No evidence was put before the court and he was acquitted for lack of evidence," PTI quoted the official as saying. He claimed that Dubey used to plot and execute crimes, including murder, from inside the jail.