CPI member K.K. Ragesh raised the issue of JNU students allegedly being brutally beaten up police in Delhi when they were carrying out a march to Parliament from their campus. 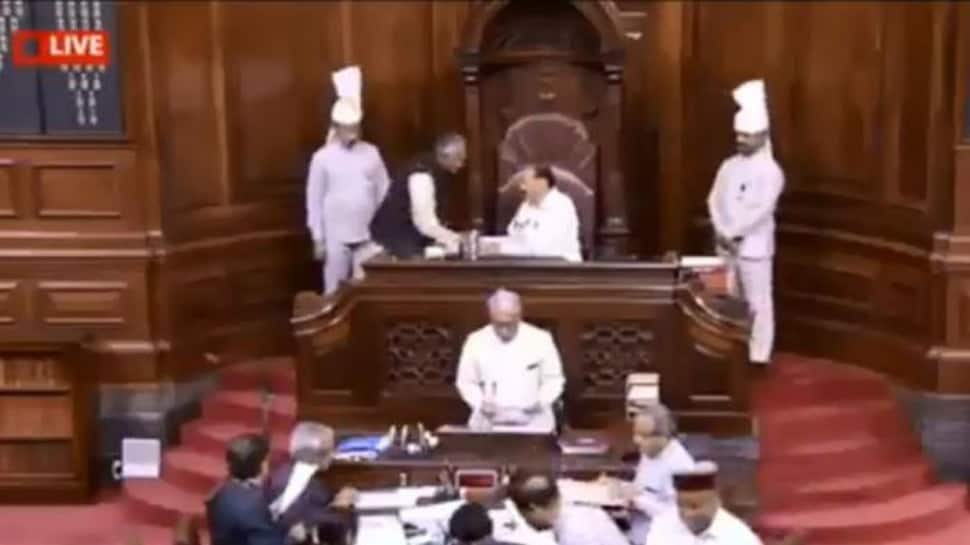 New Delhi: The Rajya Sabha witnessed an uproar when members took up Jawaharlal Nehru University student protests and water pollution in Delhi on Friday with the Chairman issuing warnings to members not following the rules.

An angry Chairman of the House Venkaiah Naidu told the members that Zero Hour is to raise serious and current critical issues. "When you don`t follow the rules how can discussion over serious issues can happen," Naidu said.

CPI member KK Ragesh raised the issue of JNU students allegedly being brutally beaten up police in Delhi when they were carrying out a march to Parliament from their campus.

The member demanded judicial enquiry over the alleged police brutality.

Over the same issue, BJP`s Prabhat Jha said that JNU has a great history.

"It is an intitution which gave personalities like Nobel laureate Abhijit Banerjee and Finance Minister Nirmala Sitharaman," said Jha. The member then sought know why the statue of Swami Vivekananda inside JNU was vandalised by miscreants.

As he asked why there is no probe against people who wrote `Bhagwa jalega (saffron will burn)` in red paint at the platform of the statue of Swami Vivekananda, members started protests.

A huge uproar started in the House forcing the Chairman to ask the members to follow the rules of the House.

Thereafter when BJP member Vijay Goel took up the issue of water pollution in Delhi and started presenting figures of water supply across the city, Aam Aadmi Party`s Sanjay Singh stood up and claimed that everything Goel is saying is "false". He kept on shouting "Vijay Goel is telling lies" even after the Chairman requested him to sit down.

But Naidu issued a warning to the members, particularly Goel, not to put anything on display like water bottles, water purifiers, air masks and other things in the House while speaking.

He told Sanjay Singh that he is not minister who needs to reply to the query of Goel.

"Don`t put pressure on your lungs. It is already under pressure," Naidu told Singh.

Naidu also called for a `mike out` for Goel who crossed the stipulated time to make his submission.

The Chairman said Rajya Sabha is the House of Elders and all need to follow rules, decorum and decency in the House.