Indian students in US

Four American Congressmen have written to US authorities demanding fair treatement and ensuring the rights of detained Indian students in a fake university case. 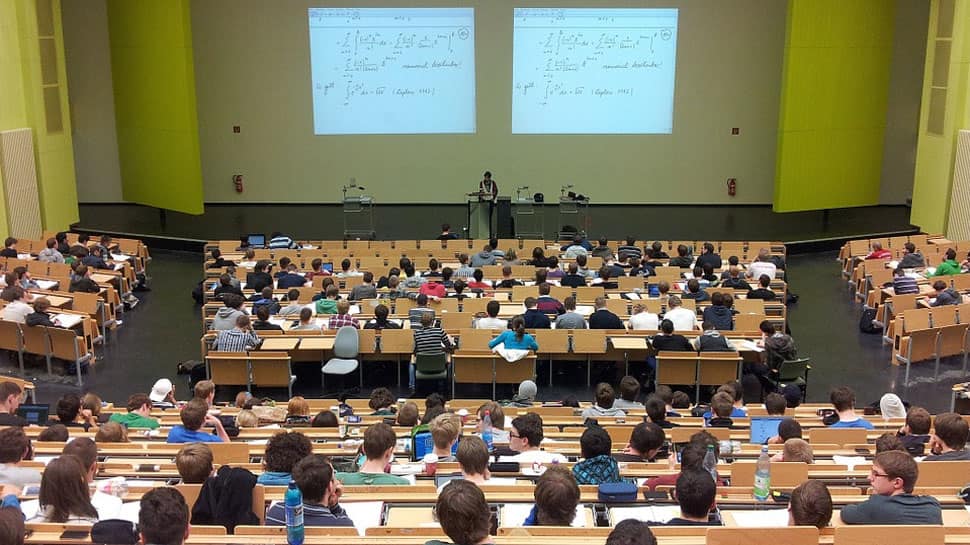 WASHINGTON: Four American Congressmen have written to US authorities demanding fair treatement and ensuring the rights of detained Indian students in a fake university case.

The letter was addressed to US Homeland Security, and the Immigration and Customs Enforcement.

Last week, 130 international students, including 129 Indians, were detained in the US for enrolling in the fake varsity University of Farmington. The university, which had some 600 enrolled students, had no classes, a low tuition fee and gave work permits on the very first day of the enrolment.

A vast majority of the 600 students were Indians and the actual number of those detained was much higher. Some of the students were released from detention and many of those who escaped detention have left the country. An unknown number of Indian students have been radio tagged and authorities have put restrictions on their movement.

The fake university was set up by US Department of Homeland Security's investigating unit in Greater Detroit area to bust the "pay-and-stay" racket.

India later issued a demarche to the American Embassy in New Delhi, expressing  concern over the detention of Indian students and sought immediate consular access to them.

In response to the demarche, the US State Department said that the enrolled students were aware that they were committing a crime to fraudulently remain in America.

"All participants in this scheme knew that the University of Farmington had no instructors or classes (neither on-line nor in-person) and were aware they were committing a crime in an attempt to fraudulently remain in the United States," a State Department spokesperson said in a statement Monday.

So far, eight persons have been arrested for running the racket who pleaded "not guilty" before a federal court in Michigan. One of them, Phanideep Karnati, 35, who is on a H-1B visa and lives in Louisville, Kentucky was released on a bond of USD 10,000 on Monday.
The seven others - Barath Kakireddy, Suresh Kandala, Prem Rampeesa, Santosh Sama, Avinash Thakkallapally, Aswanth Nune, and Naveen Prathipati - consented to their continued detention before a judge in the Eastern District of Michigan, where they were produced along with Karnati.

India has obtained consular access to 117 of the 129 Indian students detained in the US and legal assistance was being extended to them.

"We remain in touch with the US authorities, both at the federal and local level, to ensure and satisfy ourselves about humane and dignified treatment of the Indian students and custom-sensitive dietary and living arrangement for them during the period of their detention," it added.

Immigration attorneys have criticised authorities for using "troubling" methods to trap them. They said the students were not aware of the varsity's illegitimate operation.

Indian students bring in about $6 billion per annum to the US economy.