It is to be noted that the mediation offer from Trump's side came less than 24 hours after he renewed his offer to mediate in Kashmir issue on Monday during a bilateral meeting with Pakistan Prime Minister Imran Khan. 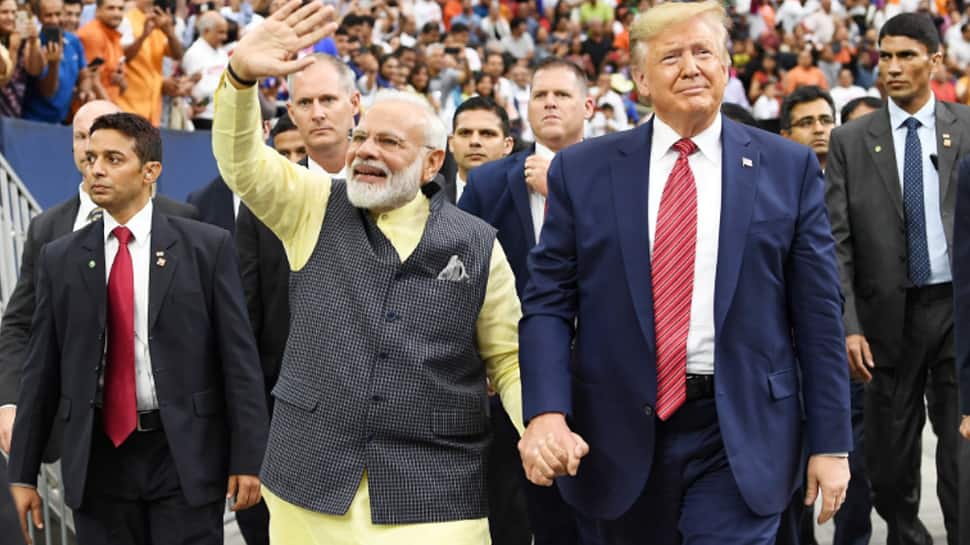 US President Donald Trump on Tuesday reiterated his offer to mediate between India and Pakistan in order to resolve the Kashmir issue but only if both New Delhi and Islamabad agree to his arbitration. Talking to media ahead of his address to UN General Assembly,  Trump said that he is willing to help resolve this long-standing issue between New Delhi and Islamabad, adding that both sides have very different views over this matter and he was concerned about it.

"I think as far as Pakistan is concerned, India, they're talking, I'm certainly willing to help. I think they would in a certain way like my help. But they've to both want it. They have very different views and I'm concerned about it," Trump said.

It is to be noted that the mediation offer from Trump's side came less than 24 hours after he renewed his offer to mediate in Kashmir issue on Monday during a bilateral meeting with Pakistan Prime Minister Imran Khan. India has refused to pay any heed to Trump's offer stressing that there can be no third-party mediation on Kashmir issue.  The Foreign Ministry said that the world must wait for Prime Minister Narendra Modi's meeting with Trump on Tuesday.

On July 22, 2019, President Trump had claimed that PM Modi had asked him to mediate in the Kashmir issue when the two leaders met “weeks ago” on the sidelines of G20 Summit. Trump had made this claim during a joint press brief with Pakistan PM Imran Khan in Washington. Trump had reiterated his offer on August 1, 2019 but added that is up to PM Modi to accept the offer of assistance. India has repeatedly maintained that Pakistan must end cross border terrorism if it wants to engage in talks with New Delhi.