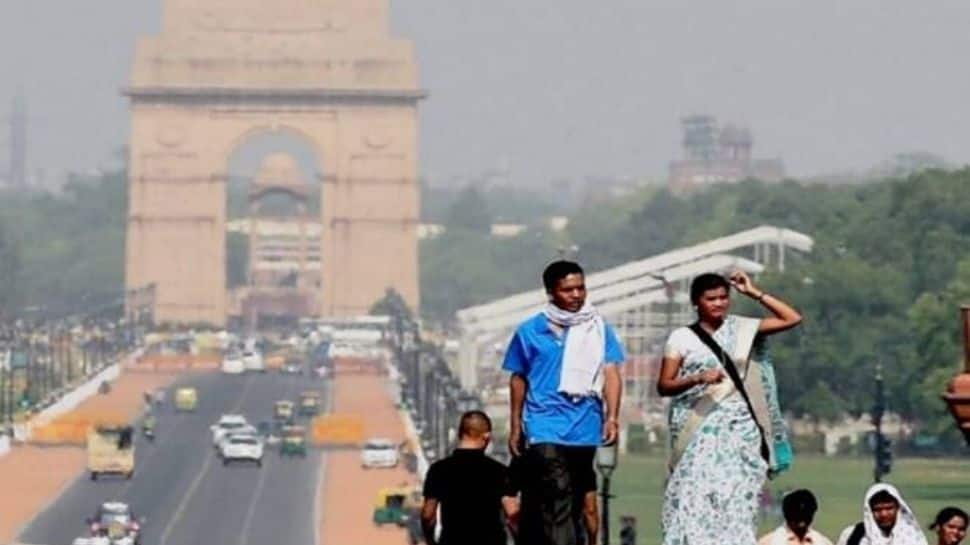 New Delhi: Appealing to Delhi residents to come together and join the 'Yuddh Pradushan Ke Virrudh' campaign, Deputy Chief Minister Manish Sisodia on Sunday said small steps like turning off the engine at traffic signals and using public transport for at least one day every month can make the city "healthy" and "pollution-free".

Sisodia said this during the one-day neighbourhood Raahgiri programme organised by the Delhi government's Dialogue and Development Commission (DDC) in association with Raahgiri Foundation under the theme of the anti-pollution campaign 'Yuddh Pradushan Ke Virrudh' to spread awareness about pollution in Patparganj Vidhan Sabha.

"We can lay the foundation of a healthy Delhi by reducing our share of pollution by taking small steps like turning off the engine at traffic signals and switching to public transport. Every citizen should use public transport at least for one day every month, walk or cycle as their contribution to reducing pollution," he added.

According to Sisodia, one needs to work at multiple levels to reduce pollution in Delhi.

While it is the responsibility of the government to make rules and regulations for the prevention of pollution, "make strict systems to facilitate enforcement, conduct awareness campaigns and take action against those who violate them"; it is our "collective duty to come forward and reduce pollution at an individual and community level".

The Raahgiri event held from 7 am to 10 am at Patparganj -- where stretch between BSES Yamuna Power Limited Office and Sarvodaya Kanya/Bal Vidyalaya in West Vinod Nagar were opened to the public completely free of vehicular traffic -- saw thousands of schoolchildren and people participating in several activities, including walking, cycling, skating, performing arts, yoga, aerobics and Zumba.

"The aim of these events is to give people a chance to experience a road without cars and bring about a change in behaviour. This gives people an opportunity to reimagine their streets, to reflect on how we view our roads and our environment, and to understand how the creation of open roads and public spaces for such activities promotes public health, wellness, fitness, solidarity and enjoyment," said Jasmine Shah, vice-chairperson, DDC.

COP26: India rightly calls for ‘phase down’ of all fossil fuels equitably