The SBSP leader, however, said that he would like to remain in charge of the Empowerment of Persons with Disabilities Department. 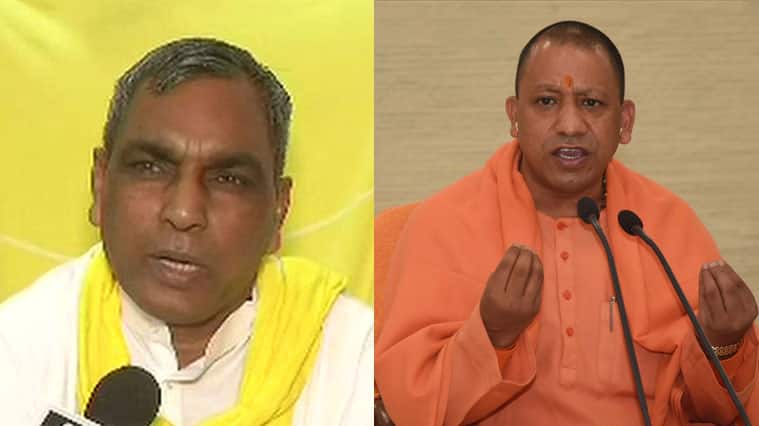 LUCKNOW: Suheldev Bharatiya Samaj Party (SBSP) leader and UP Cabinet Minister Om Prakash Rajbhar on Sunday said that Uttar Pradesh Chief Minister Yogi Adityanath has not accepted his offer to give up the charge of the backward class welfare department in the state.

It is to be noted that SBSP is an ally of the ruling BJP in UP and the party holds considerable sway over the backward class votes in Eastern parts of the state.

On Thursday, Rajbhar had said that he had decided to give up the charge of the backward class welfare department as Chief Minister has ignored his recommendations on the appointment of state backward castes panel members, PTI reported.

The SBSP leader, however, said that he would like to remain in charge of the Empowerment of Persons with Disabilities Department.

"I had offered my resignation from the backward class welfare department but the same has not been accepted by the chief minister," Rajbhar told PTI.

"I told the chief minister that when I do not have the right to keep people of my choice in the UP Backward welfare panel then what is the use of being a minister. The chief minister told me he would look into the matter," he added.

It may be recalled that Rajbhar had earlier openly declared that he would end his alliance with the BJP if the UP government fails to implement recommendation of the social justice panel to classify various OBC and Dalit sub-castes into three broad categories. Rajbhar had threatened to join hands with the Samajwadi Party and Bahujan Samaj Party after leaving the BJP-led alliance.

Vayushakti 2019: Watch glimpses of MiG-27 getting armed with 80mm rockets