The incident throws a light on the security and sincerity of the policemen towards their duty as the accused could have fled from their custody because of their sheer negligence. 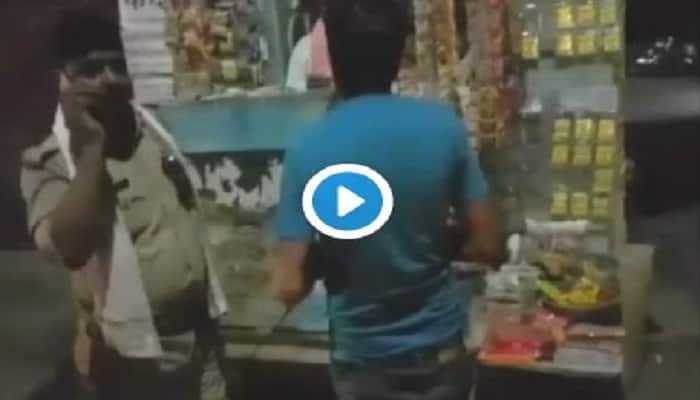 New Delhi: The Uttar Pradesh Police on Saturday suspended two Etah policemen, who were caught on camera, asking a prisoner to buy them cigarettes and tobacco. As per the reports of ANI, the UP Police has also ordered a preliminary inquiry into the matter.

Earlier in the day, a bizarre yet hysterical video was making rounds on the internet. In the video, one of the cops, who was in an inebriated state, can be seen can be seen walking up to a roadside kiosk and buying tobacco with the prisoner in handcuffs right along with him. Another police personnel was spotted with the drunk cop and was caught on camera asking the cuffed prisoner to buy liquor, cigarettes and tobacco for them.

Police constables Ravi Kumar Singh Yadav and Rakesh Kumar where taking Raju, an accused, to the district jail after the court hearing. The police constables not only drank alcohol with the accused but also asked him to buy cigarettes and tobacco for them.

The incident throws a light on the security and sincerity of the policemen towards their duty as the accused could have fled from their custody because of their sheer negligence.

The misdeed of the duo was caught on camera of ANI. Watch the video here: