It is to be noted that the UP government has withdrawn a total of 76 cases since Yogi Adityanath took charge as chief minister of the state in 2017. 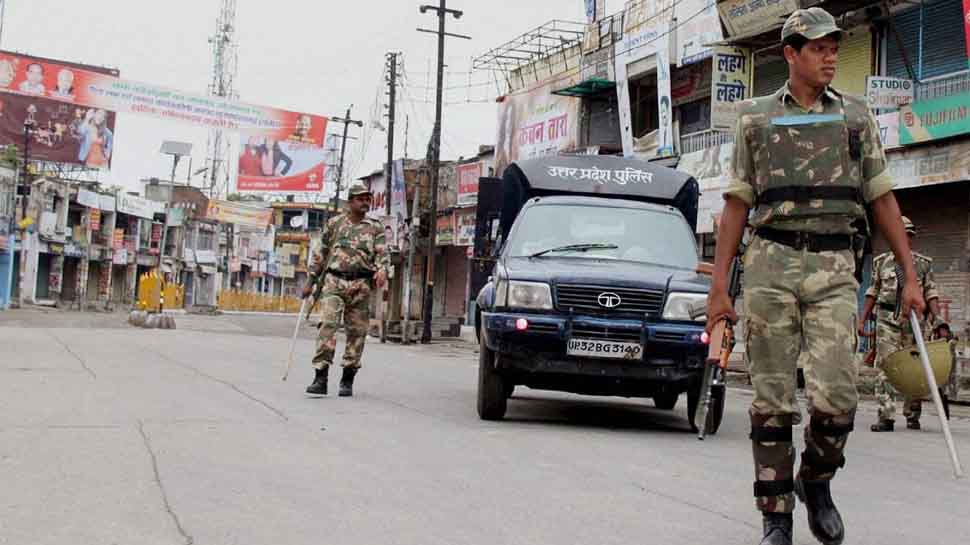 Uttar Pradesh government on Wednesday decided to withdraw 20 cases related to 2013 Muzaffarnagar riots. Sources told Zee Media that three administrative orders have been passed by the Uttar Pradesh in this regard.

It is to be noted that the UP government has withdrawn a total of 76 cases since Yogi Adityanath took charge as chief minister of the state in 2017.

Sources added that the state government is planning to withdraw 12 more cases in the near future and the process for the withdrawal of these cases have already begun. Union Minister Sanjiv Baliyan, Minister in Uttar Pradesh government Suresh Rana, BJP MLA Sangeet Som and Umesh Malik are named in these cases.

A delegation led by Baliyan had met UP CM Yogi Adityanath in 2018 and had urged him to withdraw 114 cases related to 2013 Muzaffarnagar riots. Baliyan had claimed that these cases were registered during the Samajwadi Party government in the state as part of a political conspiracy to malign the image of BJP leaders. During the meeting, Baliyan had also informed Yogi Adityanath that riot cases were registered at more than one police stations against one person.

Uttar Pradesh government had decided to withdraw a total of 93 cases after meeting the delegation and had ordered to withdraw all cases, except the five in which hearing was completed in court and 12 in which the court proceedings are still on.

The communal clashes that took place in Muzaffarnagar and Shamli districts claimed 62 lives while injuring 93 others and leaving more than 50,000 displaced.

The riots broke out over a minor altercation between Hindu and Muslim youths at Kawal village in Muzaffarnagar district. Described as the "the worst violence in Uttar Pradesh in recent history," the 2013 riots saw the deployment of Indian Army in the state for the first time in 20 years.

The then state government had formed an SIT to probe the riot cases and charge sheets were filed in 175 cases. Police had registered cases against 6,869 people and 1,480 people were arrested for their alleged involvement in the riots.

As India rules out Trump's claim on Kashmir, US official says 'President doesn't make things up'