Shyama Prasad Mukherjee was born on 6 July 1901 in Kolkata in West Bengal. He was Minister of Commerce and Industries from 1951 to 1952. 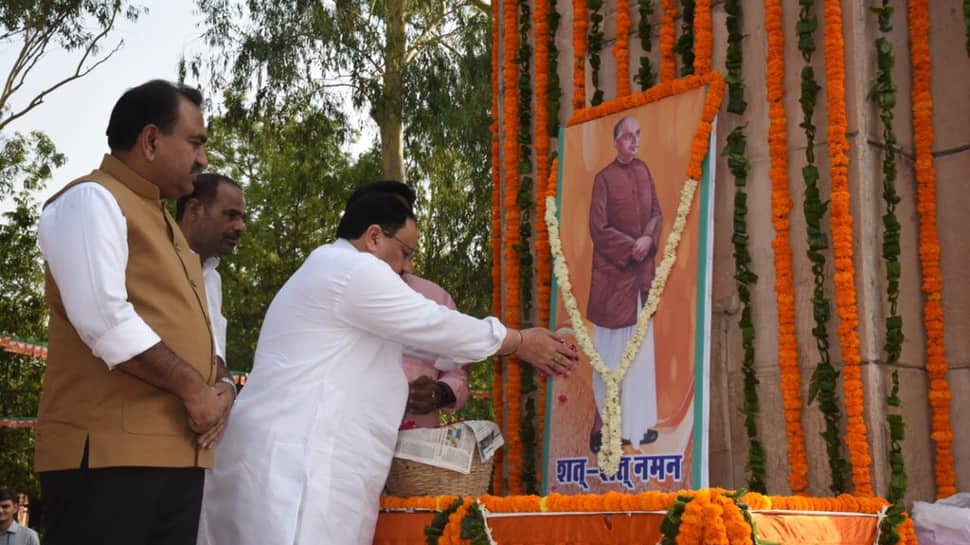 Taking to Twitter Naidu said: "Shri Mookerjee left an indelible mark as an eminent educationist, reformer and administrator and had worked tirelessly for the development of the nation. He served with distinction as Union industry Minister and was a distinguished Parliamentarian. He continues to inspire millions of men & women to serve the motherland."

He served with distinction as Union industry Minister and was a distinguished Parliamentarian. He continues to inspire millions of men & women to serve the motherland. #ShyamaPrasadMukherjee

Amit Shah also lauded him and recalled the sacrifices he made for the country.

My humble tributes to the Jana Sangha founder, Dr. Syama Prasad Mukherjee on his punyatithi.

His immense contribution to our country will always be remembered.

On Saturday, the Trinamool Congress government in West Bengal had announced that it will observe Mukherjee's death anniversary on Sunday. A letter issued by the Information and Cultural Affairs department of the state government stated, "State Government will observe the death anniversary of Dr Shyama Prasad Mukherjee on June 23 at 11:30 AM at the Keoratala burning ghat, Kolkata."

"Sobhandeb Chattopadhyay, Minister for Power and Non-Conventional Energy Sources Department will offer the floral tributes on the day at the memorial column of Dr Shyama Prasad Mukherjee on behalf of the state government," the letter added.

In 2004, former prime minister Atal Bihari Vajpayee had alleged that Mukherjee had been killed in 1952 following a conspiracy hatched by the central government led by Jawaharlal Nehru and the Jammu and Kashmir government led by Sheikh Mohammad Abdullah.