The video shows a boy on skates holding on to a speeding vehicle while a friend casually sits on the back window. 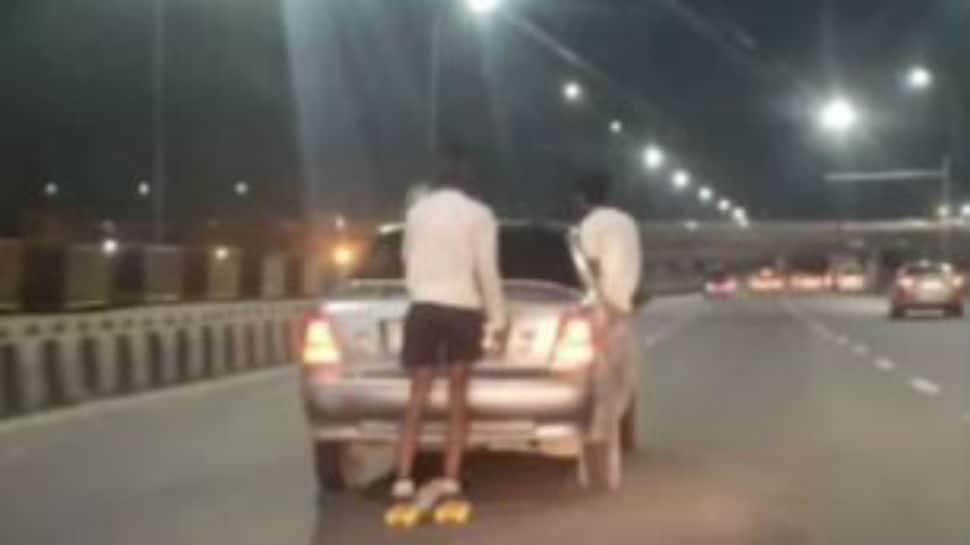 New Delhi: A video of a boy skating behind a fast-moving car while holding on to it has recently gone viral on social media. Throwing caution to the wind, the yet to be identified boy is seen dangerously holding on to the speeding vehicle as a friend sits on the back window. The video was reportedly shot by another friend in a trailing car.

In the clip, the boy with the skates can be seen swerving dangerously behind the vehicle he has latched himself on even as his friend sits precariously on the window. The car clearly moves at a decently high speed and it is being reported that the location is on NH 24 between Akshardham and Sarai Kale Khan. Not only is the act illegal but is extremely dangerous because had the boy lost control, he could have met with a potentially fatal accident. He could have also been grievously hurt had the car braked suddenly. With caution clearly thrown to the wind however, the boy's reckless act has now invited the attention of Delhi Police.

Cops have taken note of the video and have launched a probe to ascertain the identity of the boys. The number plate of the vehicle - an Esteem - could provide vital clues.

Dangerous stunts such as these have become increasingly frequent among youngsters who try to create viral content online. Looking for instant fame, many attempts have ended tragically but lessons are often not learnt in time.