In the video, villagers can be seen clashing allegedly with the henchmen of the Gram Pradhan, who has been accused of ordering the firing. 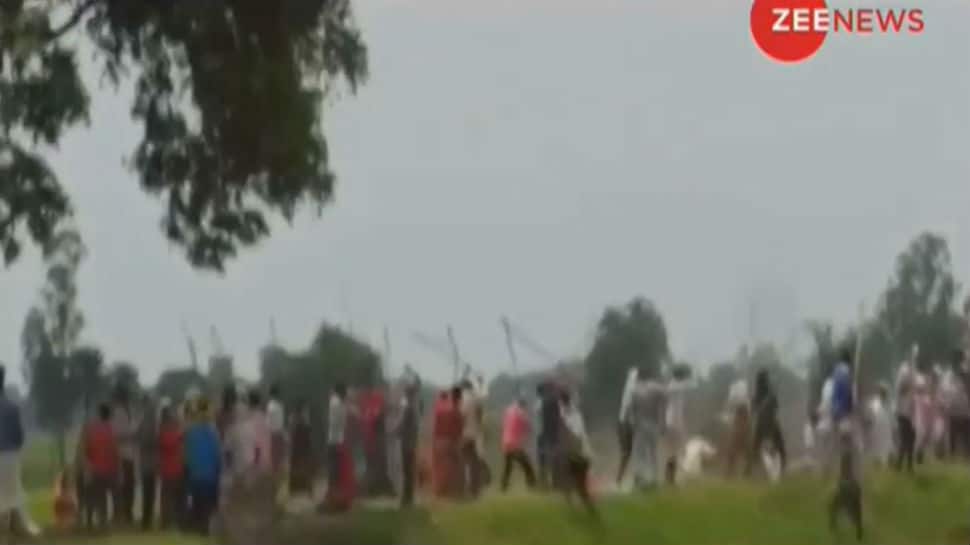 Amid the uproar and political row over killing of 10 persons over land dispute in Sonbhadra of Uttar Pradesh, two videos related to the incident have emerged. The videos, reportedly shot just before the firing incident, show the moments before the massacre.

In the video, villagers can be seen clashing allegedly with the henchmen of the Gram Pradhan, who has been accused of ordering the firing.

A group of farmers, who had refused to give up 36 acres of land they had tilled for generations, were fired upon. One of the videos shows a large contingent of tractors lined up near the village where the killings took place.

The videos have emerged a day after Uttar Pradesh Chief Minister Yogi Adityanath met the family members of those who were killed in the firing.

Speaking to reporters after meeting the kin of the victims, the UP Chief Minister described the firing in Sonbhadra as "unfortunate", even as he reiterated that the culprits would be punished.

"I have ordered to provide compensation of Rs 18.5 lakh to the bereaved families of the deceased and Rs. 2.5 lakh to the injured from CM Relief Fund under SC/ST provisions," he further said.

The incident has led to a political row in the state with opposition parties targeting the BJP government in Uttar Pradesh. Last week, Congress general secretary Priyanka Gandhi Vadra was stopped on way to Sonbhadra and taken to Chunar guest house. She, however, later met the family of the victims.

Ten persons from the Gond community were killed when the village headman and his associates allegedly opened fire at them over a land dispute on July 17. Over 20 people sustained injuries in the incident.

Chandrayaan 2: A big launch for ISRO, a massive leap for India towards moon