He said Hazare has been advised minimal conversation. 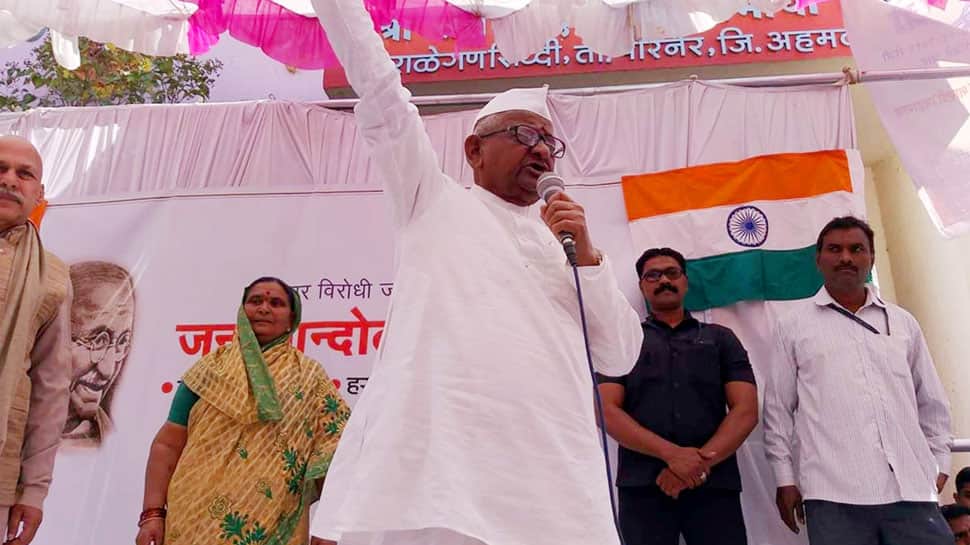 Ahmednagar: Supporters of social activist Anna Hazare, who has been on indefinite hunger strike in his village in Maharashtra since the last three days, Saturday claimed they have received a letter from the Prime Minister's Office (PMO) cold shouldering the Gandhian.

He said the villagers were angry due to the "cold response" given by the prime minister to the letter sent last month by the 81-year-old anti-graft crusader.

Some protesters, including women, climbed atop a tower in the village and raised anti-government slogans this afternoon while some villagers blocked traffic on Parner-Wadegavhan road, Asawa added.

He said police detained scores of protesters, including women and senior citizens. "Your letter was received, thank you and best wishes", reads the letter, purportedly sent by the PMO, which was shown to some reporters by Asawa.

In his letter, dated January 1, 2019, sent to the PMO, Hazare had demanded immediate appointment of anti-corruption watchdogs at the Centre and in Maharashtra. He also sought resolution of farmers' issues.

"This letter of the PMO gives rise to doubts in our mind about seriousness of this government about Anna Hazare's agitation," Asawa said.
Meanwhile, Dr Dhananjay Pote, who is closely monitoring Hazare's health, told PTI that he has lost 3.4 kgs on the fourth day of fast Saturday.
"His blood pressure has also shot up," Dr Pote said.

He said Hazare has been advised minimal conversation.

Hazare has also been demanding implementation of the Swaminathan Commission recommendations on ways to address agrarian distress, besides some electoral reforms. He began his hunger strike on January 30 in the Yadavbaba temple in his village.